If you get on a ferry at Wakkanai—the northernmost city of Hokkaido, Japan—and spend less than two hours riding the waves, you’ll arrive at Rishiri island. Rishiri is a small volcanic island lying some 20 kilometres off to the west from the northern tip of Hokkaido, the northern island of Japan. Travelling further about 10 kilometers to northwest from Rishiri, you arrive at even smaller Rebun island. These islands are famed for their small picturesque fishers villages and wonderful nature, which is enshrined in Rishiri-Rebun-Sarobetsu National Park—the northernmost national park in Japan.

On Rishiri, the islanders live on the coastline surrounding Mount Rishiri, an extinct volcano, which towers in the middle of the island. Rebun Island, also known as the Island of Flowers, was separated from the continent in ancient times and still retains its miraculous unique nature. In this blog column, you can find travel inspiration and learn about these two remote islands living on fishing and nature tourism.

After reading this blog column, you might also want to take a look at our itinerary concentrating on outdoor activities on Rebun and Rishiri: Japan’s Far North 5-day Hiking, Sea Kayaking & Cycling Tour. 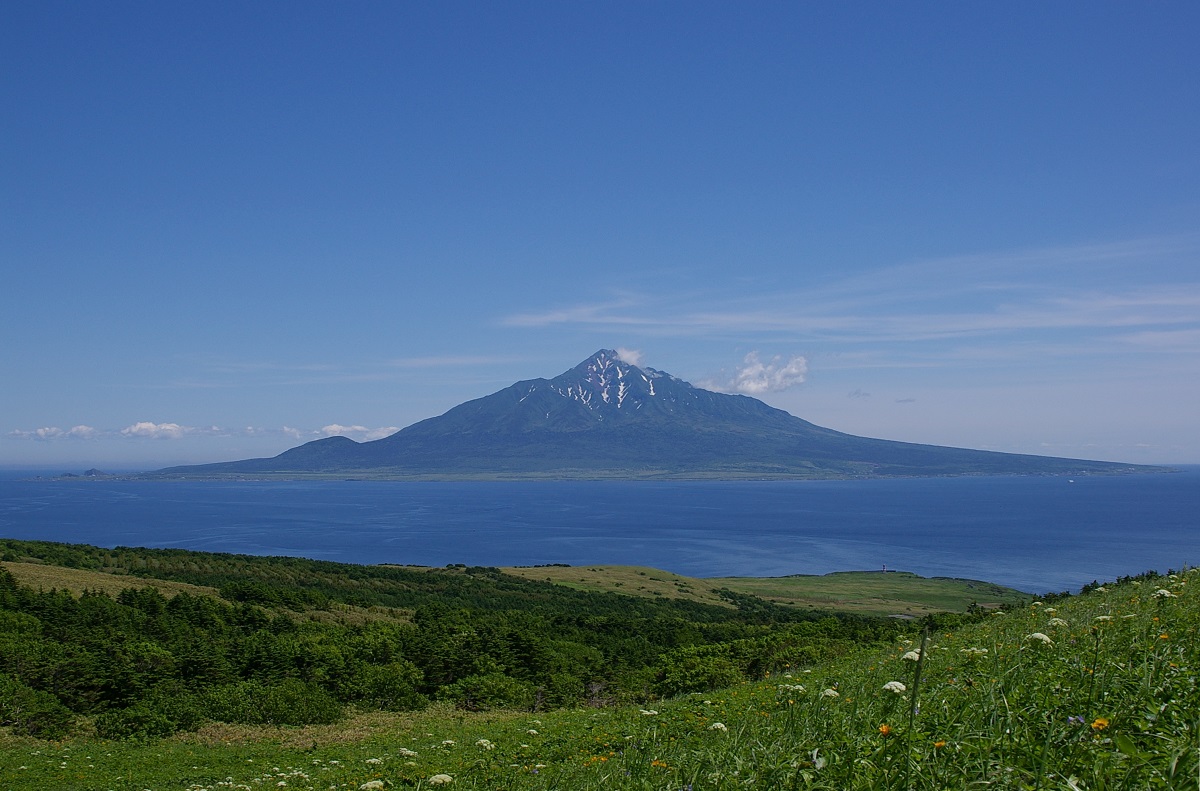 Rishiri-Rebun-Sarobetsu National Park (an outbound link) is the northernmost national park in Japan and it consists of three distinct areas in northern Hokkaido. Rishiri and Rebun are islands close to the northern tip of Hokkaido and Sarobetsu is a wetland plain spreading along the northwestern coastline of Hokkaido. The national park was established in 1974 and covers 212.22 square kilometres (81.94 square miles) in the three destinations mentioned above. The environments found in these three destinations boast a variety of nature and you can see different natural formations from mountains to wetlands and coastal sand dunes to blooming flower meadows in this national park. This blog post is about Rishiri and Rebun islands, so here we introduce the parts of the national park considering the two islands.

Rishiri island is the symbol of the whole national park, or rather Mount Rishiri (1,721 metres/5,646 ft) rising at the center of the island. Mount Rishiri is a beautiful extinct volcano resembling Mount Fuji, so it has gained the nickname Mount Rishiri-Fuji. When nature explorers like you hear the word ‘mountain’, the first thing to come to mind is naturally hiking and Mount Rishiri is no exception. There are two hiking routes to the top of Mount Rishiri for you to choose from: Oshidomari starting at the north coast of the island and Kutsugata with its starting point on the west coast. 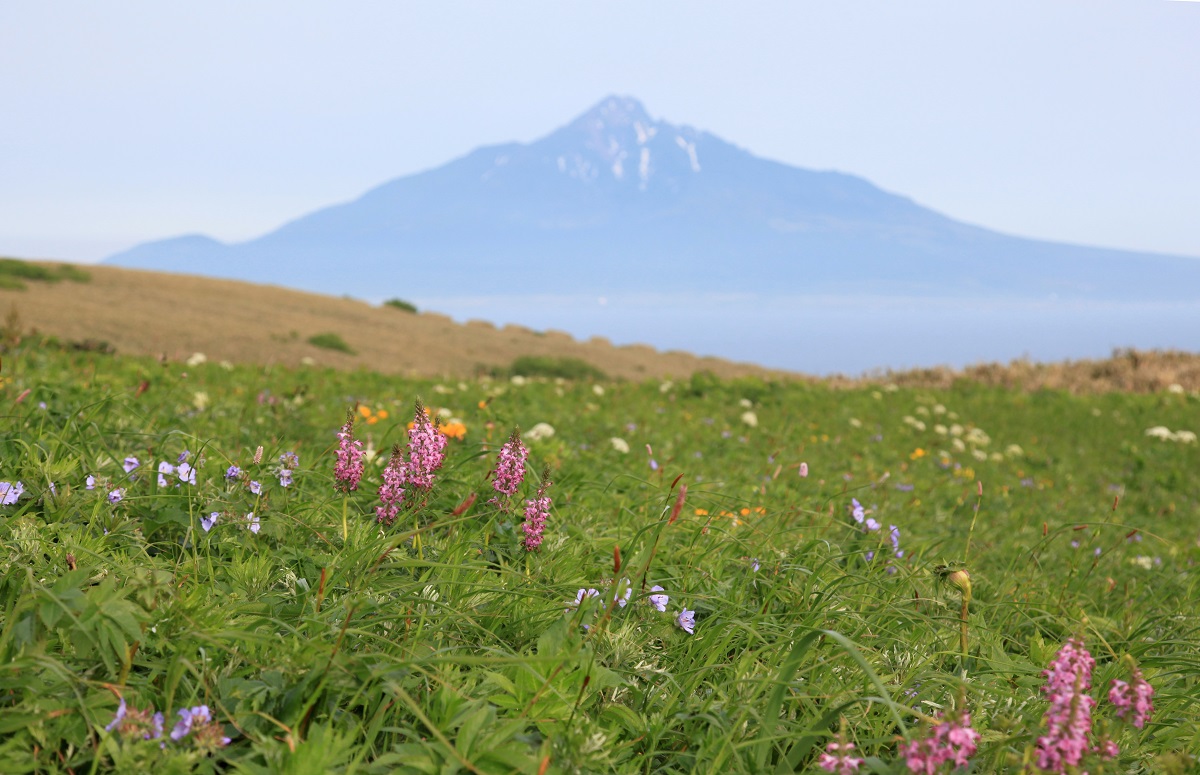 Climbing Mount Rishiri is a special experience for the mountain rises as an independent peak from the sea and the climbers can admire an ocean view around them while climbing. On the top of Mount Rishiri, you can find a beautiful yellow flower, Papaver fauriei, known also by its common name Fauriei Poppy. The flower is native to Rishiri island and it can be spotted in gravelly areas on the mountain from mid-July to mid-August. Other flowers that can be only found at Rishiri are Trollius pulcher and Gentiana jamesii. At the foot of the mountain, there is abundant nature with different types of forests as well as wetlands and lakes. 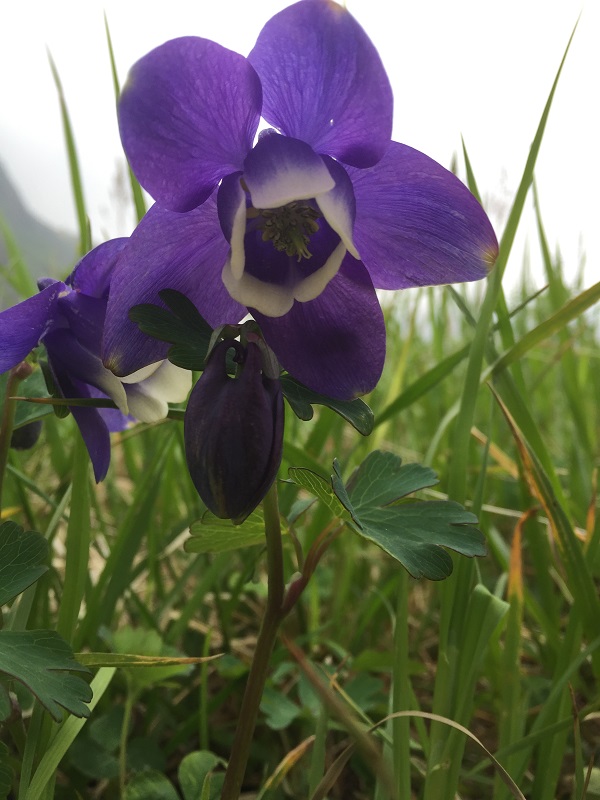 Rebun is a home for several alpine flowers and the visitors can admire the meadows dotted with the flowers and bushes in the lowlands. One of the flowers, orchid C. marcanthum Sw.var. rebunense, is a native flower in Rebun and can’t be found anywhere else in the world. The flower is also considered as endangered and can only be found in a limited location on the island. Visitors can view the flowers from a wooden footpath. 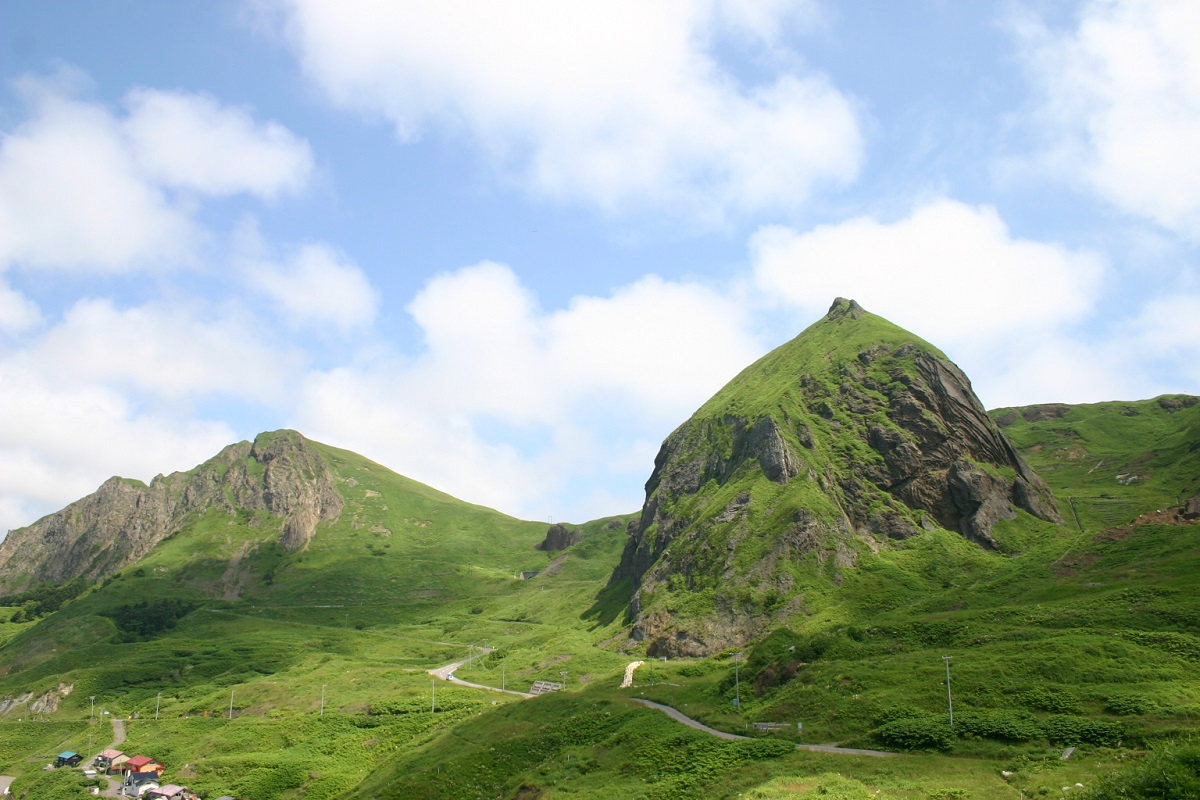 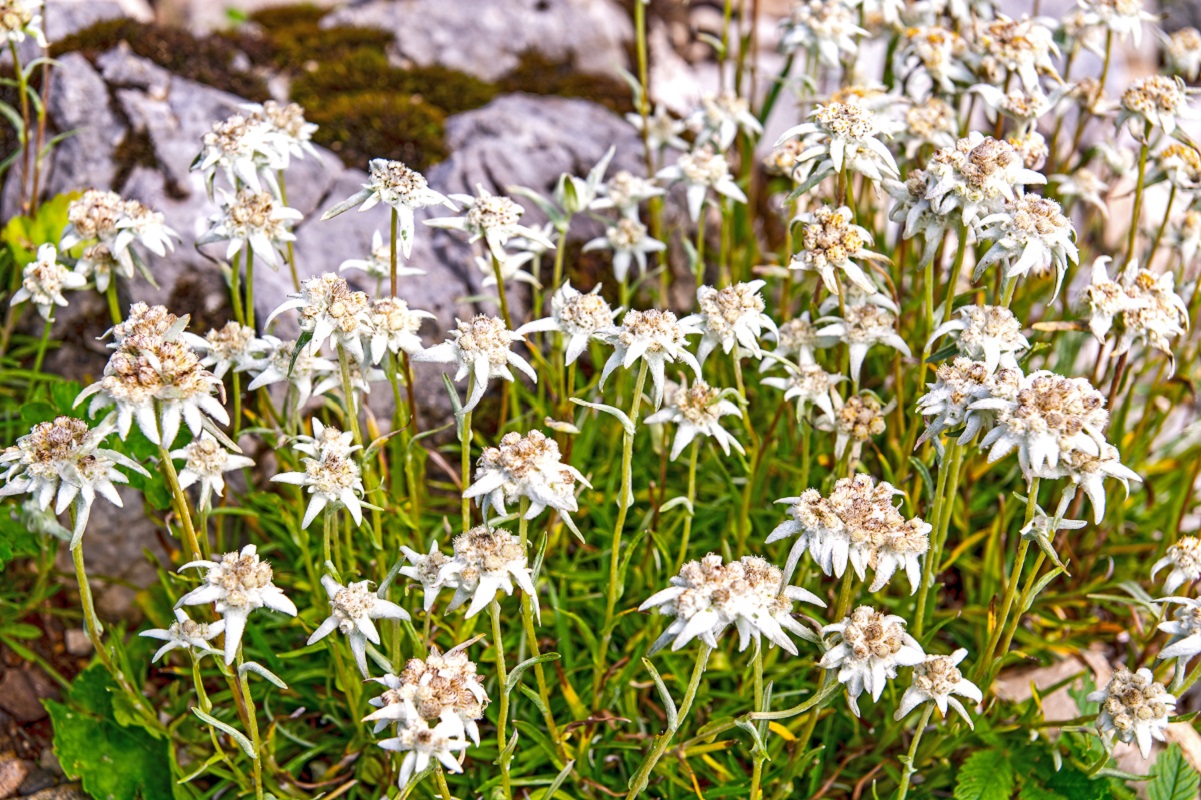 For flower lovers, another must see is Leontopodium discolor—a type of Edelweiss—is more abundant and can be seen anywhere in the island during June and July. An optimal way to enjoy these flowers and the landscape as well is to take the Momoiwa trail trekking course at the southern part of the island. Another famous scenery can be found at Cape Sukoton with its view to the sea and the nearby Todo island.

If you would like to read more about including flower viewing into your Hokkaido trip, do read also our earlier blog column Furano: the city of lavender.

Rishiri: The island of ‘the high ground’

Rishiri island (Rishirito in Japanese) lays in the Sea of Japan approximately 20 kilometers (about 12 miles) to the west from Wakkanai city and it takes about 1 hour and 40 minutes from Wakkanai to Rishiri by a ferry. Wakkainai is far away from Sapporo, the capital of Hokkaido, and it takes about 5 hours to travel from Sapporo to Wakkanai by car and 5 and half to 6 hours by train. There is also an airplane connection once a day from Sapporo Okadama airport to Rishiri airport. As you can imagine, Rishiri is not the typical destination for busy Hokkaido tourists, so if you are looking for a real off the beaten bath experience to add to your trip plan, Rishiri is the ideal travel destination for you. The island covers 183 square kilometers (71 square miles) with a circumference of 63 kilometers (39 miles). Both the Rishiri island and Mount Rishiri were formed in a volcanic eruption some 200,000 years ago, but now the volcano is extinct with the latest eruption about 8,500 years ago.

The name of the island comes from Ainu language—the language of indigenous Ainu people of Japan and Russia. In Ainu, ‘ri’ means ‘high’ and ‘siri’ means ‘ground’ or ‘surroundings’, so the name Rishiri means literally ‘high ground’ referring obviously to the Mount Rishiri standing in the middle of the island. Mount Rishiri is an extinct volcano rising 1,721 metres (5,646 ft) above the sea level. Erosion has sculptured the volcano and the top has become sharp and the sides have steep radial ridges. Now Mount Rishiri is beautifully cone-shaped and is indeed counted as one of the 100 most famous mountains in Japan.

When it comes to the animals living on Rishiri island, one can naturally find many birds. Some of the birds dwelling in the island are black woodpeckers, yellow wagtails and rare white-tailed eagles. The island also is home to populations black-tailed gulls and Japanese robins. Whistling swans use the island as an important stopping point during their migration. These are the reasons for BirdLife International to recognize Rishiri as an Important Bird Area and also makes Rishiri an intriguing destination also for birdwatchers and a delightful addition to the trip plan. 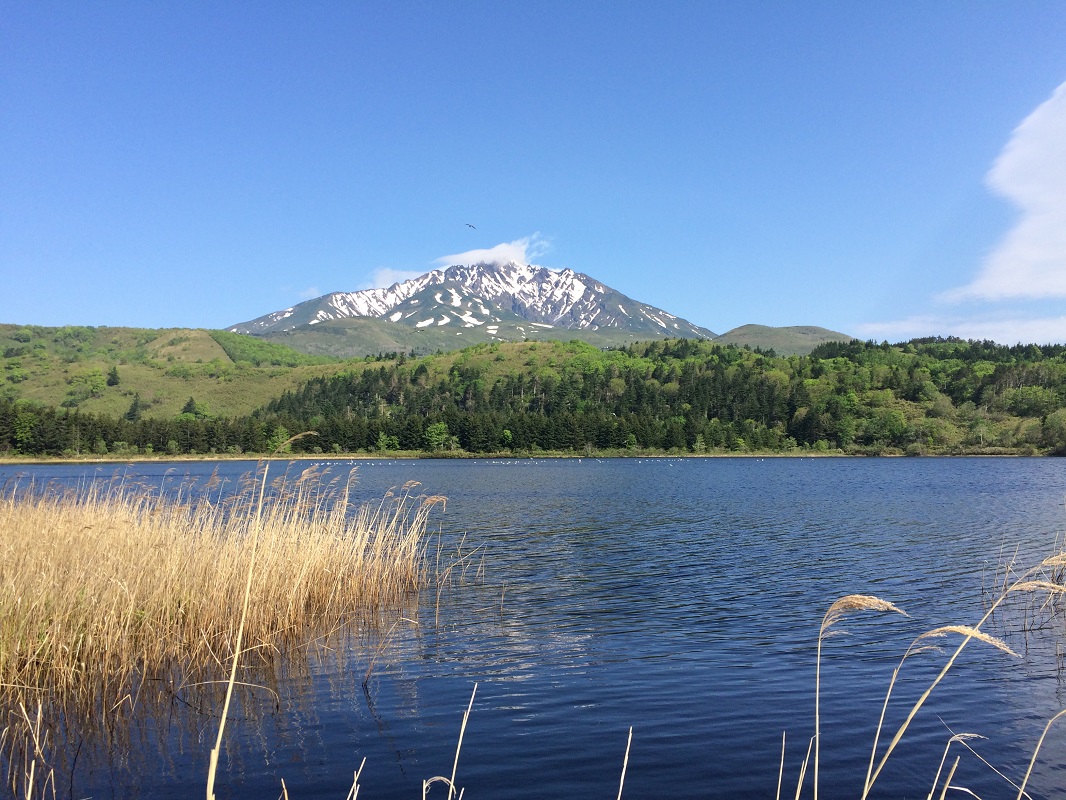 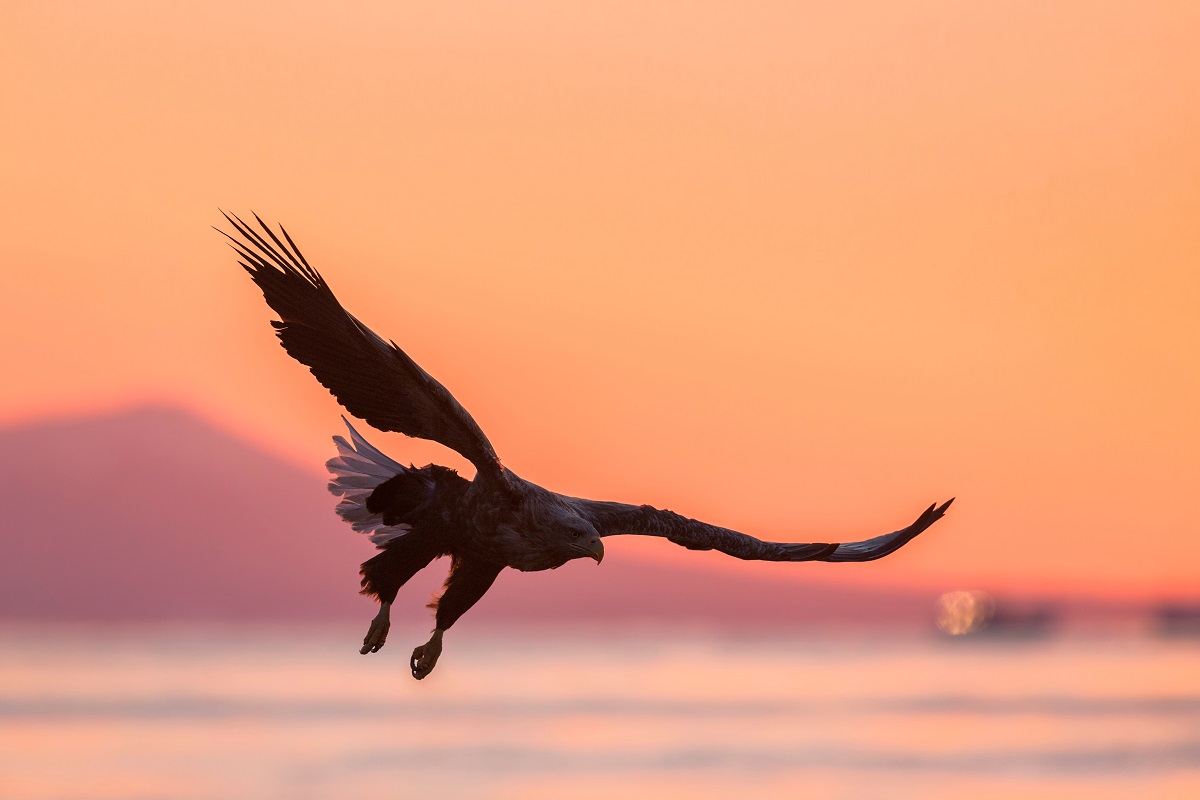 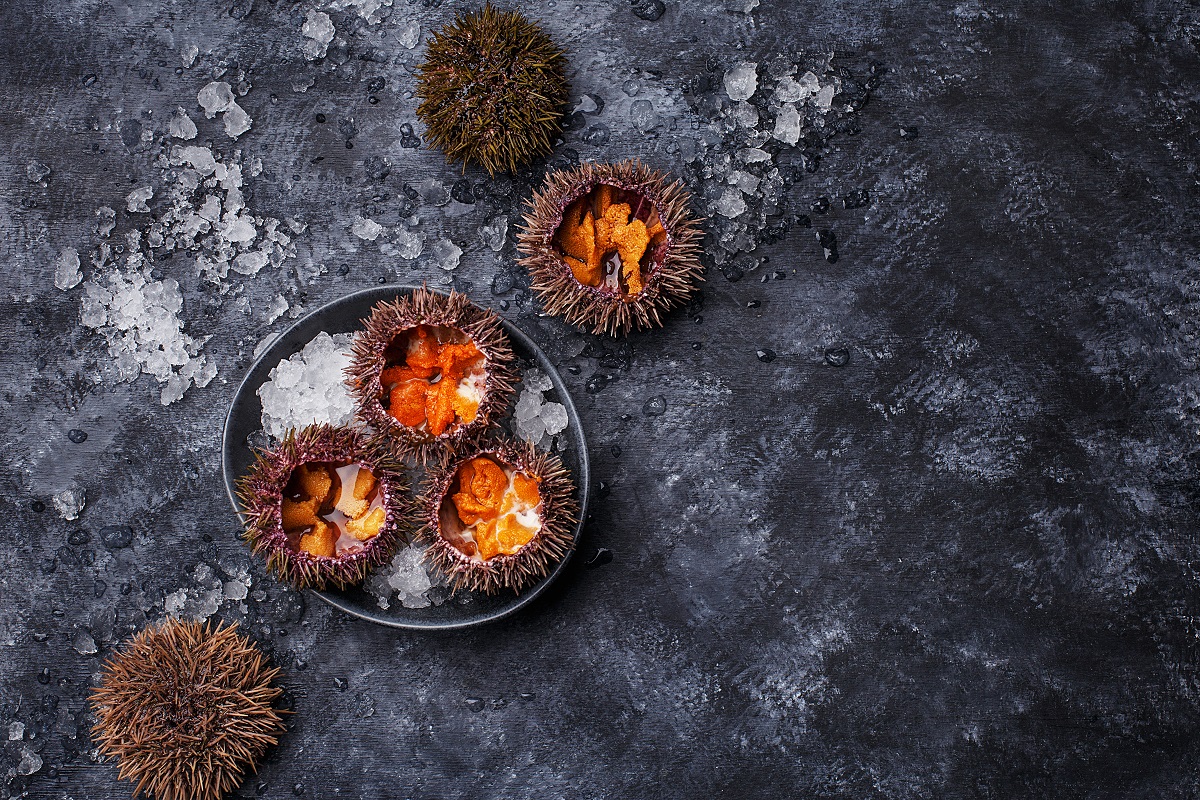 The main industries of Rishiri are tourism and fishing. The tourism is of course nature related and designed in a sustainable way to protect and preserve the unique nature of the island. The other main industry mentioned  was fishing, but actually, the main catches are not fish, but kombu kelp and sea urchins. Rishiri kombu and sea urchins are both known for their supreme quality throughout Japan. Airing of the kelp is a Japanese summer tradition and during the summer you can see mats of kelp spread flat to dry everywhere: on pebbles by the sea shore or on plastic mats in front of houses and small shops.

Rebun: The island of flowers

Rebun island (Rebunto in Japanese) is located in the Sea of Japan about 30 kilometres (19 miles) to the west from Wakkanai. It takes about 2 hours to travel from Wakkanai to Rebun. There is also a ferry connection between Rebun and Rishiri which takes about 45 minutes. The circumference of the island is about 72 kilometers (45 miles) and the land area is 82 square kilometers (32 square miles). Rebun is elongated in shape and it measures about 5 kilometers (3.1 miles) from east to west but 20 kilometers (12.4 miles) from north to south. The highest point on Rebun is Rebundake with a height of 490 meters (about 1600 feet).

The name of the island also comes from the Ainu language, just like about 80% of other place names in Hokkaido. In Ainu language, ‘rep’ means ‘open sea’ and ‘un’ means ’to be at’, so the ‘repun’ literally means ‘to be at the open sea’. However, in many cases Japanese have made the Ainu names shorter—either cutting off the beginning or the end of the original Ainu name— when adopting them in Japanese usage and in this case the name is shortened form of ‘rep un mosir’ or ‘island at the open sea’. 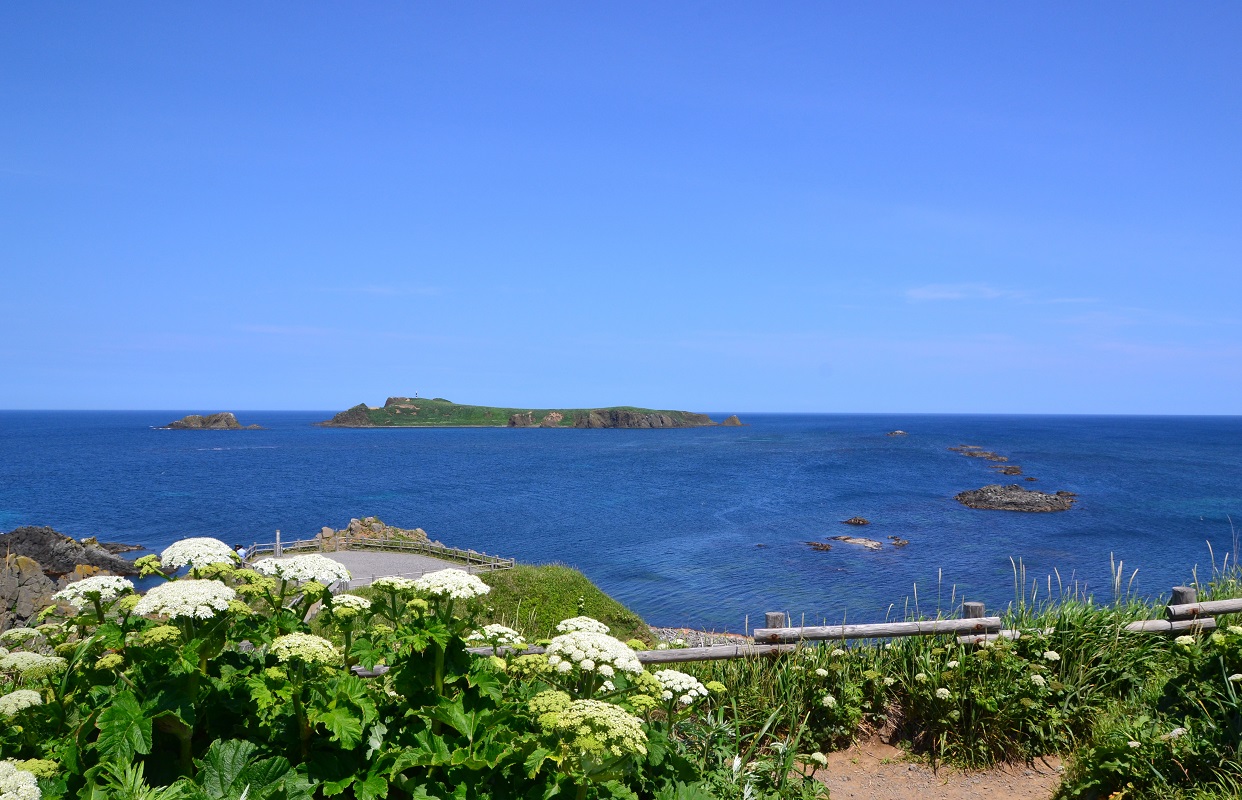 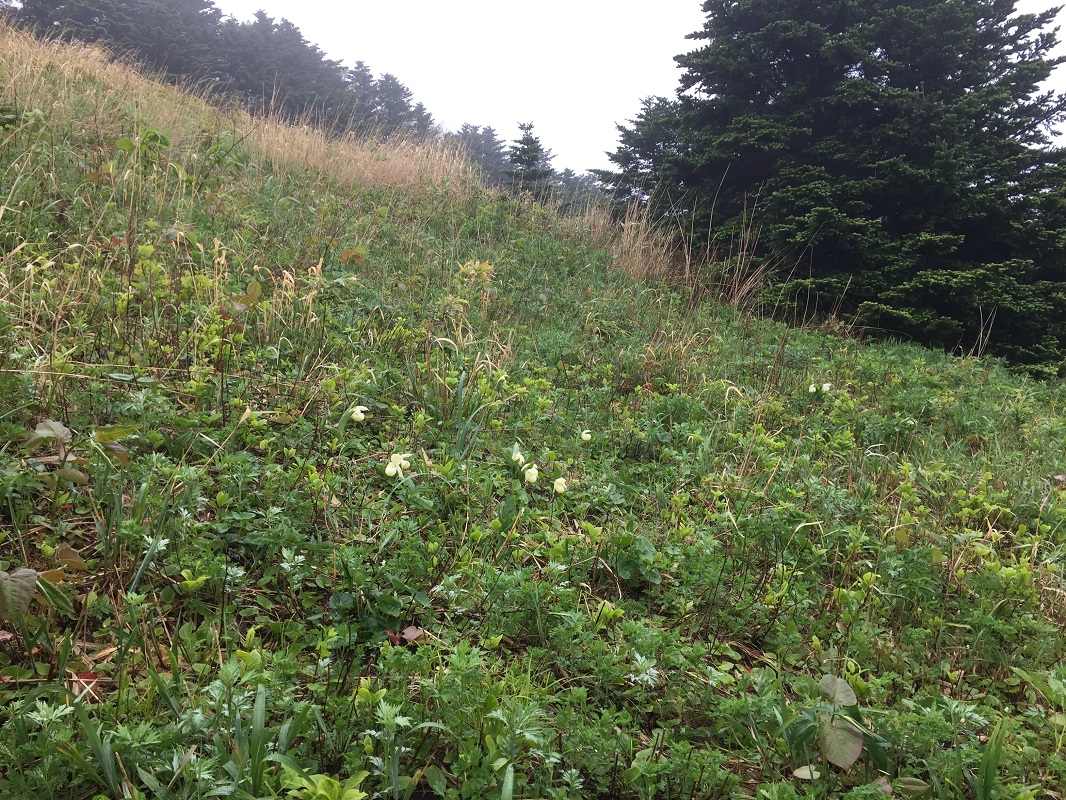 Rebun is known as the island of flowers with 300 species of alpine plants that bloom in summer. The climate of the island is cold, so the alpine plants can be found even at the sea level. Many of the plants can only be found on Rebun, for example C. marcanthum Sw. var. rebunense, Leontopodium discolor, and Primula farinosa subsp. modesta var. matsumurae.

Hiking, trekking and kayaking on Rishiri and Rebun

For outdoor persons, there is plenty to do at Rishiri and Rebun throughout the year: strolling, trekking, hiking, biking, kayaking, snowshoeing, skiing, you name it. If you want to know more about the tours to include in your trip plan, don’t hesitate to contact us through the contact form. Below we have gathered some activity ideas for your travel plan inspiration. 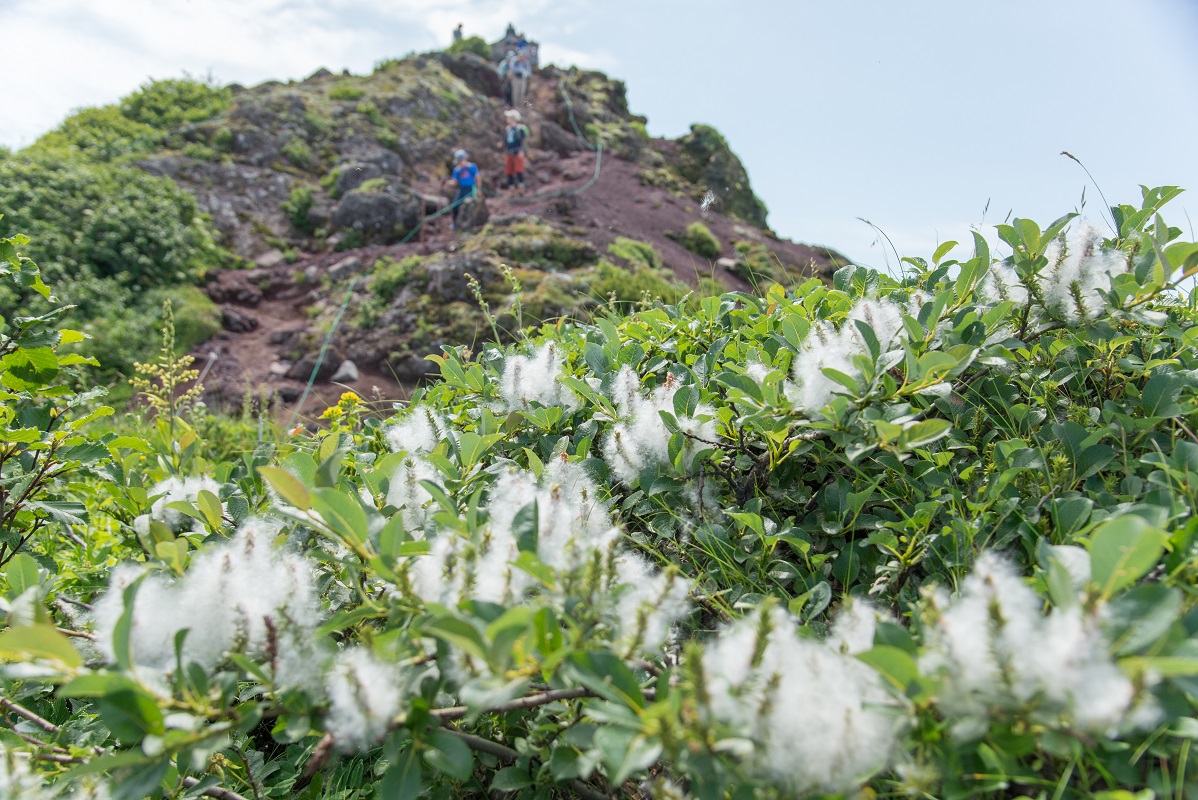 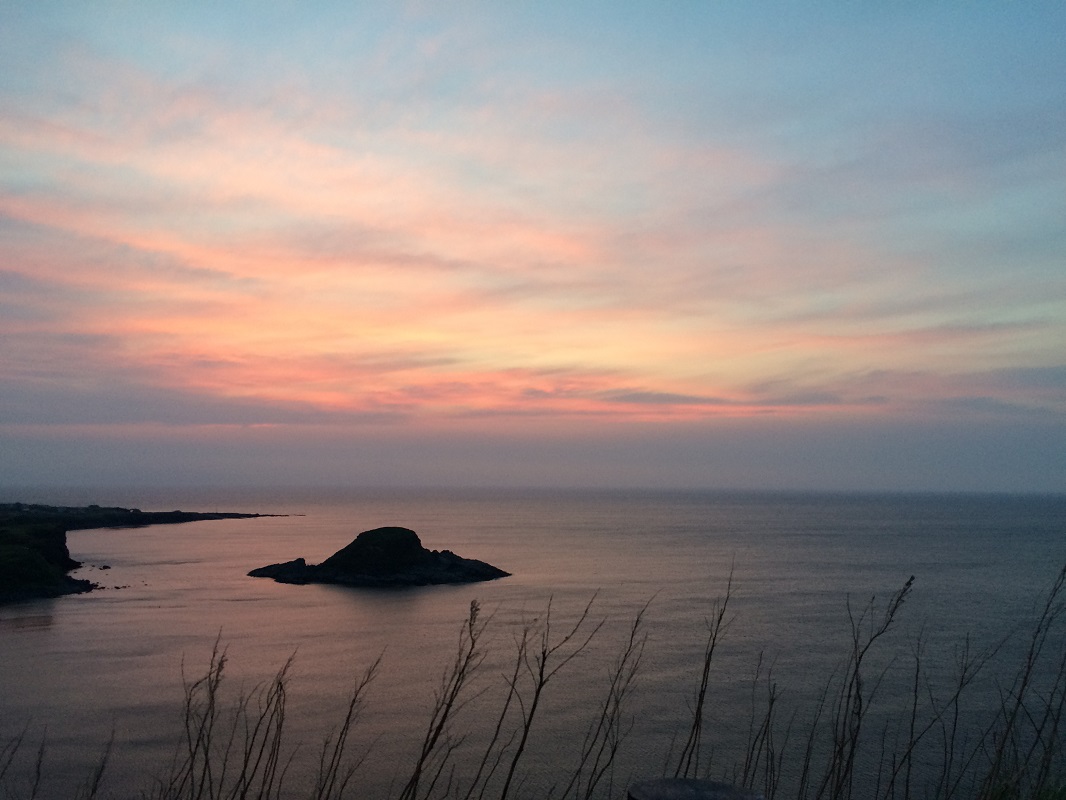 The summer activities on Rishiri include, of course, trekking and hiking in the rich nature of the island. Mount Rishiri is the northernmost mountain peak in Japan and from the top of the mountain there is an awe-inspiring view to the open sea around the island. You will of course have plenty of time to observe the plants around you and immerse yourself in nature. Another choice is to go to Mount Pon (‘pon’ means ‘small’ in Ainu language) for a less time-consuming hike. If you prefer admiring the island from the angle of the sea, kayaking is the optimal activity for you. Sea kayaking is also a good way to get to know the creatures of the sea, because it’s easy to peek into the depths from the kayak to spot some sea urchins and seaweeds populating the coasts of Rishiri.

If you are travelling in the winter, you can get the most out of your trip enjoying the pure white snow and snow related activities. A fun way to spend a half a day is to trek through the wintry forests of Rishiri with snowshoes. This activity is also suitable for elementary school kids and people who are a bit unsure about their ability to walk or climb in uneven terrain. If you are more into skiing and crave for some powder snow, the splendid Mount Rishiri offers an unbelievable opportunity for backcountry skiing. Our guides will take you to the best spots depending on your own wishes, skiing experience, physical fitness and the conditions of the day, so almost anyone can enjoy this activity, too. 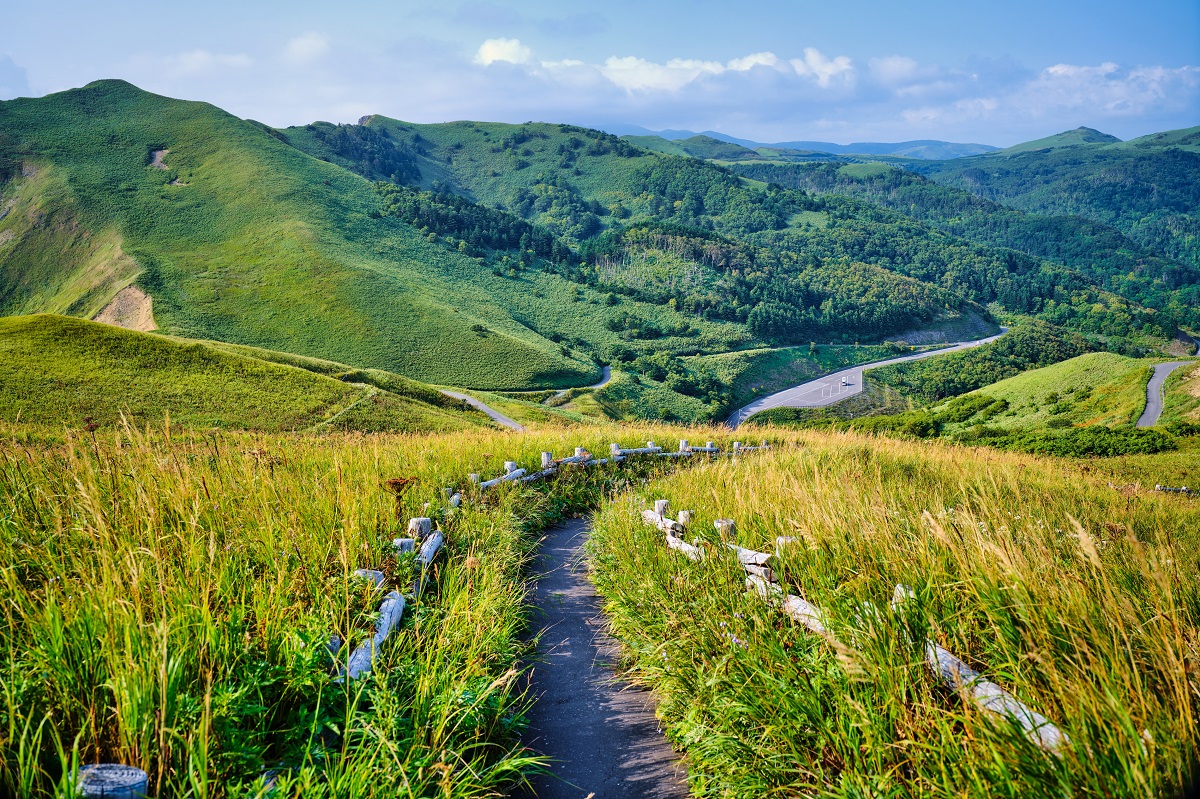 During non-snowy seasons, hiking and trekking are the best way to explore the most amazing parts of Rebun. There are several routes to choose from, their length starting from about 4 kilometers (about 2.5 miles) going up to 17 kilometers (about 10.5 miles). The routes lead you through the breathtaking sceneries of the island: the cliffs by the ocean, the rolling hills, the forests and mountains, and the waterfalls.

Also read our other blog columns, for example Daisetsuzan national park: Playground of the Gods and Akan-Mashu National Park: Hot springs and caldera lakes, for more travel inspiration about hiking and trekking in Hokkaido.

Be it sea kayaking on Rishiri coast or once in a lifetime private trekking tour on Rebun, we are here for you. If you feel that Rishiri and Rebun islands should be on your travel bucket list, let us know!