Sapporo: a metropolis close to the nature

Sapporo—the capital of Hokkaido—is located in southwest Hokkaido, Japan’s northernmost island, conveniently close to New Chitose Airport and is one of the all time favorite destinations of travellers to Japan.

In addition being the busiest city in Hokkaido, Sapporo is especially famous for its beer, seafood, and ramen noodles but many do not know that a large portion of the city’s area comprises forest and mountains. This means there are numerous activities in the nature for you to enjoy during your adventure travel in Sapporo. The southern ward of Sapporo boasts several beautiful mountains, including Mount Maruyama and Mount Moiwa (Moywa-yama in Japanese), loved by trekkers of all ages. Despite Sapporo being a huge city, there are several green oases within the city as well as in the boundaries of the city. Toyohira river flowing through Sapporo welcomes yearly salmon that return to spawn in the river, which creates an interesting contrast with the urban beat of the city.

In this blog column you can find information about Sapporo, the city that was built by the settlers from mainland Japan, and how to enjoy the beautiful nature the city is surrounded by.

Sapporo: the capital city of Hokkaido.

The capital of the North

Sapporo was established in 1868 as the administrative center for Hokkaido because the area offers better access to the whole island than the earlier hub, Hakodate. The origin of the city’s name is disputed but the most common explanation is that it comes from Ainu language ‘sat poro pet’ and means ‘dry big river’, referring to Toyohira river. Ainu are the indigenous people living in Northern parts of Japan, Sakhalin, and the Kuriles and there were several Ainu villages in the current area of Sapporo, too. 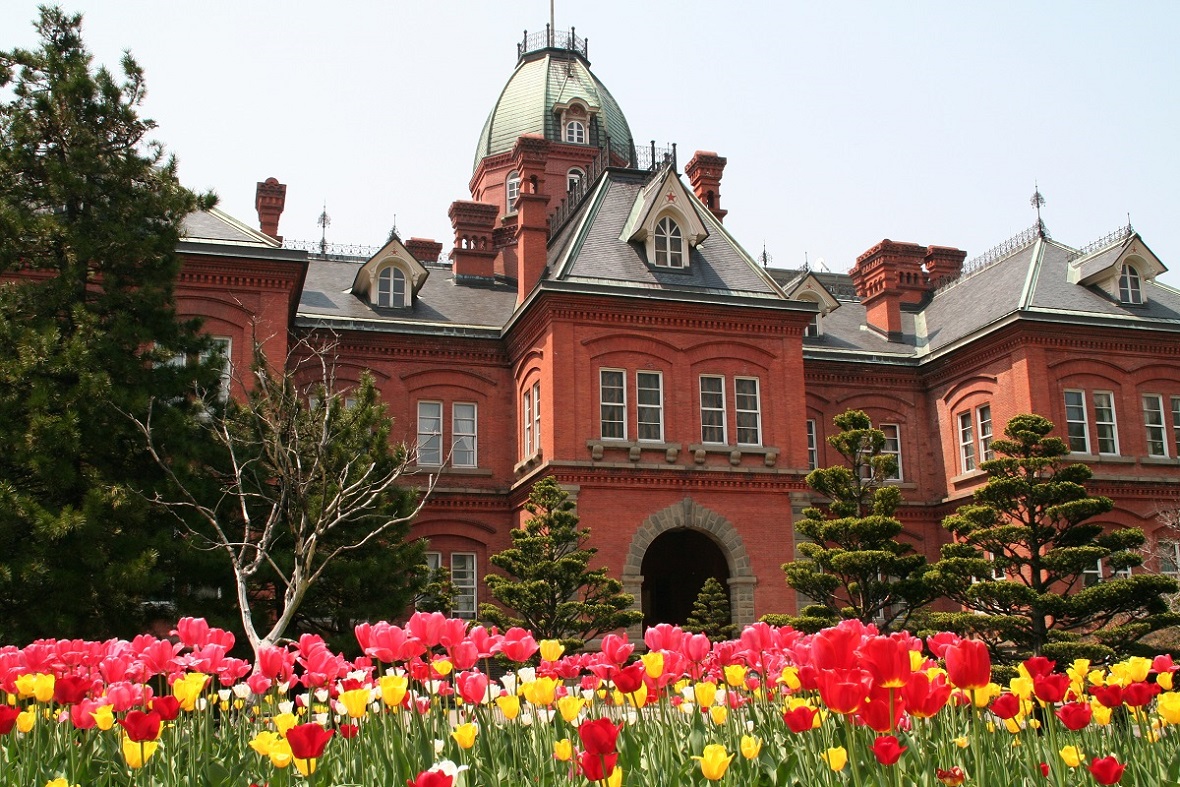 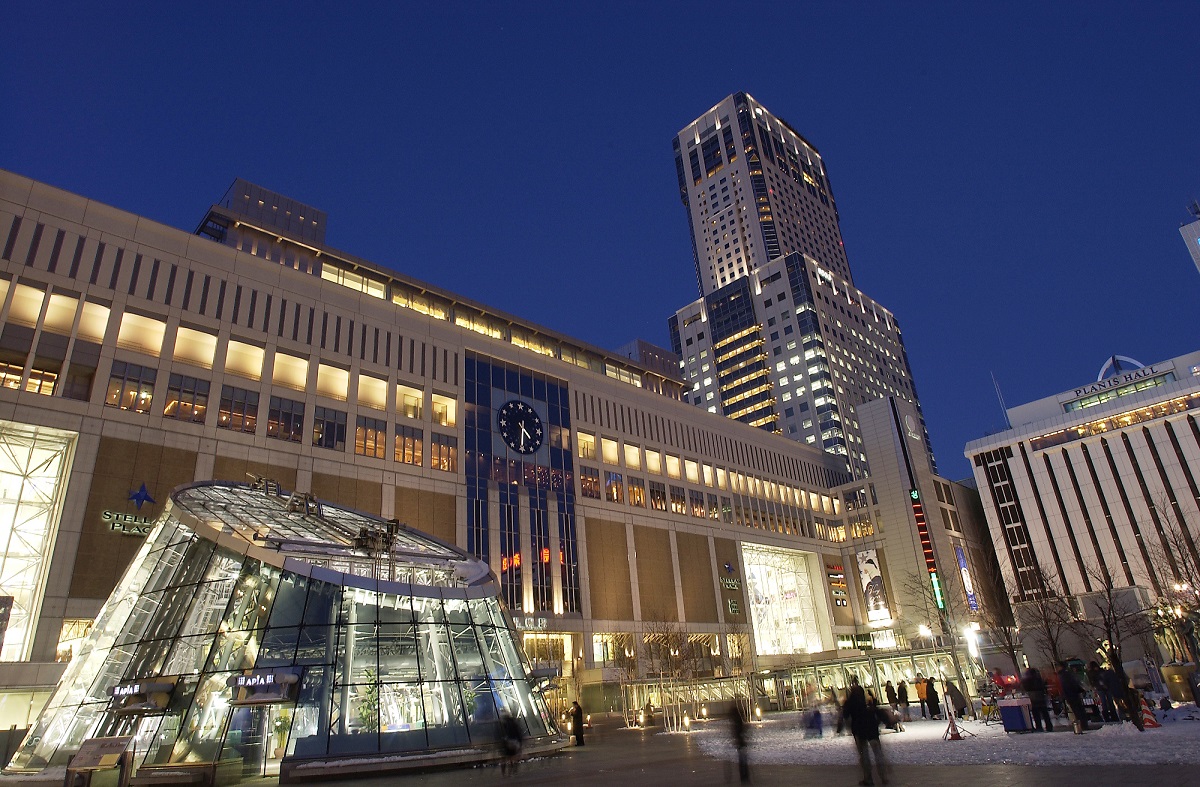 Today Sapporo is the 5th largest city in Japan with a population of nearly 2 million. The total area of the city is about 1,121 km2 (433 sq mi), which is about the same area as Hong Kong. The city is the cultural and business center of Hokkaido.

A city built by settlers

Sapporo’s city plan is modeled after Kyoto and has indeed the same kind of grid system which makes navigating the city very easy. In the early years of the city, the area produced mostly potatoes and onions, but after the railroad connection reached Sapporo, other industries, such as breweries, paper mills, and flour mills, also appeared. 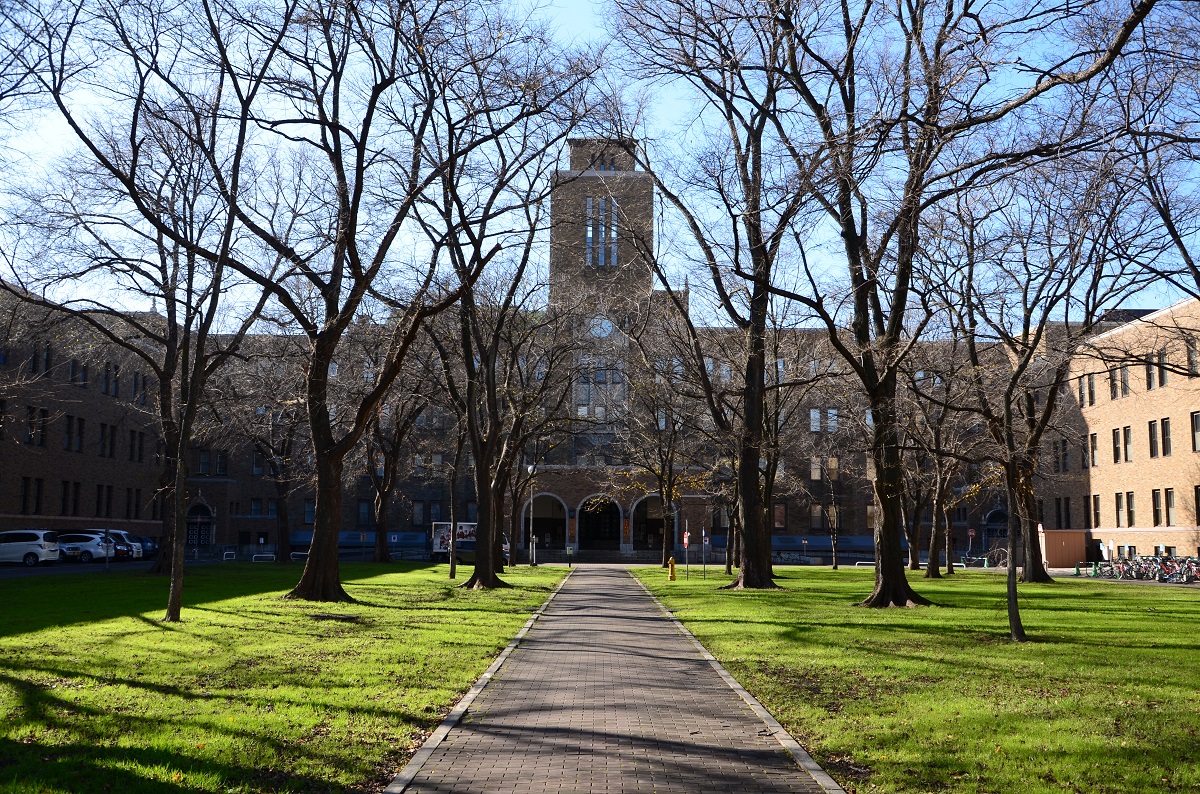 Development of agriculture in Hokkaido started already in the early phase of colonization. One of the means of development was the establishment of Sapporo Agricultural College in 1876, which later became Hokkaido University as it is also known today. The University is located in the heart of the city, close to JR Sapporo station. Earlier there used to be an Ainu village named Sakuskotoni but the village was moved after the main building of the faculty of agriculture was decided to be built on the same spot. Hokkaido University campus is a green oasis in the middle of the city and a very popular strolling and jogging place both among the locals and the tourists. A little bit to the south of the university campus lies the Botanical garden of Hokkaido University. The garden conserves some of the natural woodlands the whole area used to be covered with and displays thousands of Hokkaido native plants. On a hot day, this is a must go place to stay cool under the canopy of the trees. 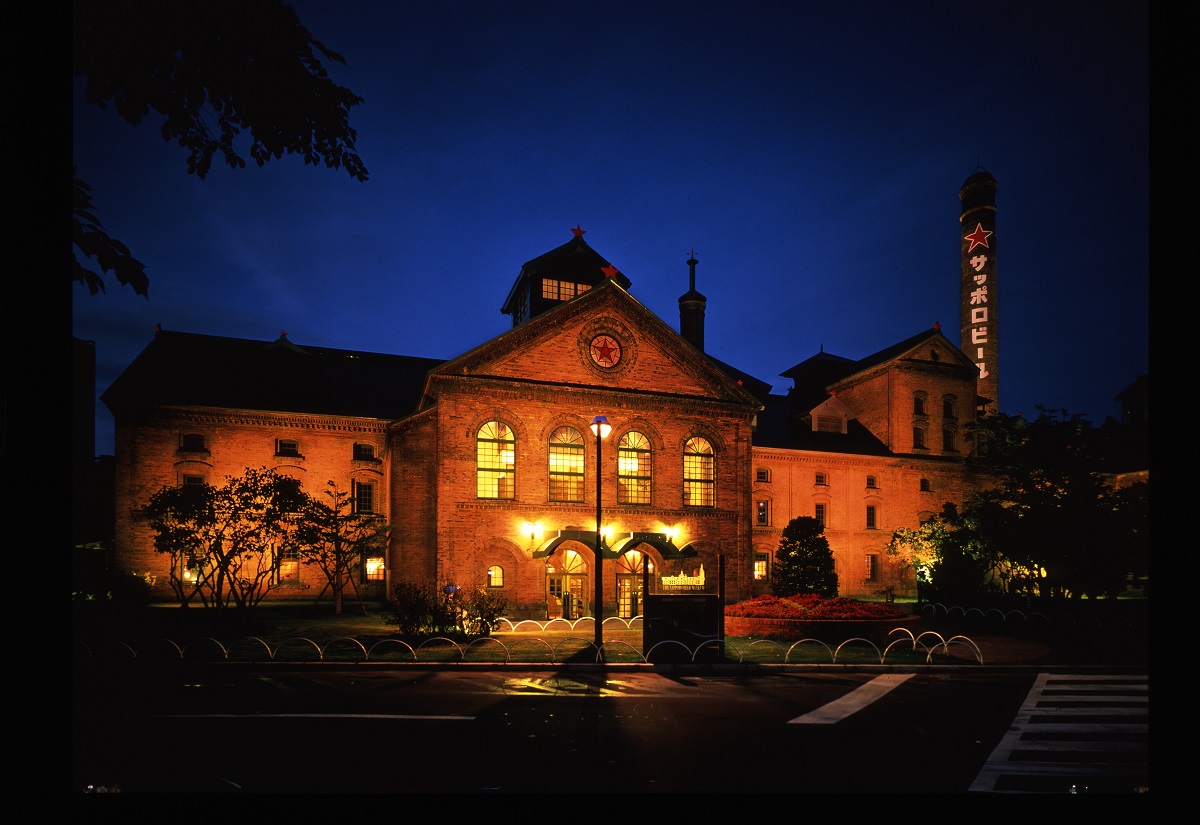 Beer has been brewed in Sapporo since 1867 and the brand Sapporo beer is widely known both in Japan and abroad. The first brew-master of Sapporo beer was Seibei Nakagawa who sneaked to Germany to get trained in the secrets of beer making. Now, the brewery has been turned into a beer museum that also facilitates a beer garden. You can enjoy the beer tasting after touring the museum or at the beer garden, which offers of course a sortiment of beers but also a local delicacy jingisukan: grilled mutton and vegetables. The current brewery of Sapporo beer is located in Eniwa city, about 25 kilometers south from Sapporo.

If you are interested in making other alcoholic beverages in Hokkaido, why don’t you also take a look at our blog column Yoichi: The town of wine and fruit orchards.

Bountiful nature in and around Sapporo

In addition to being a bustling city, Sapporo also offers many opportunities to explore the local nature. Even though the city is big, many of these destinations are easily accessible from the city centre. Don’t forget to include some of them to your Sapporo travel plan! 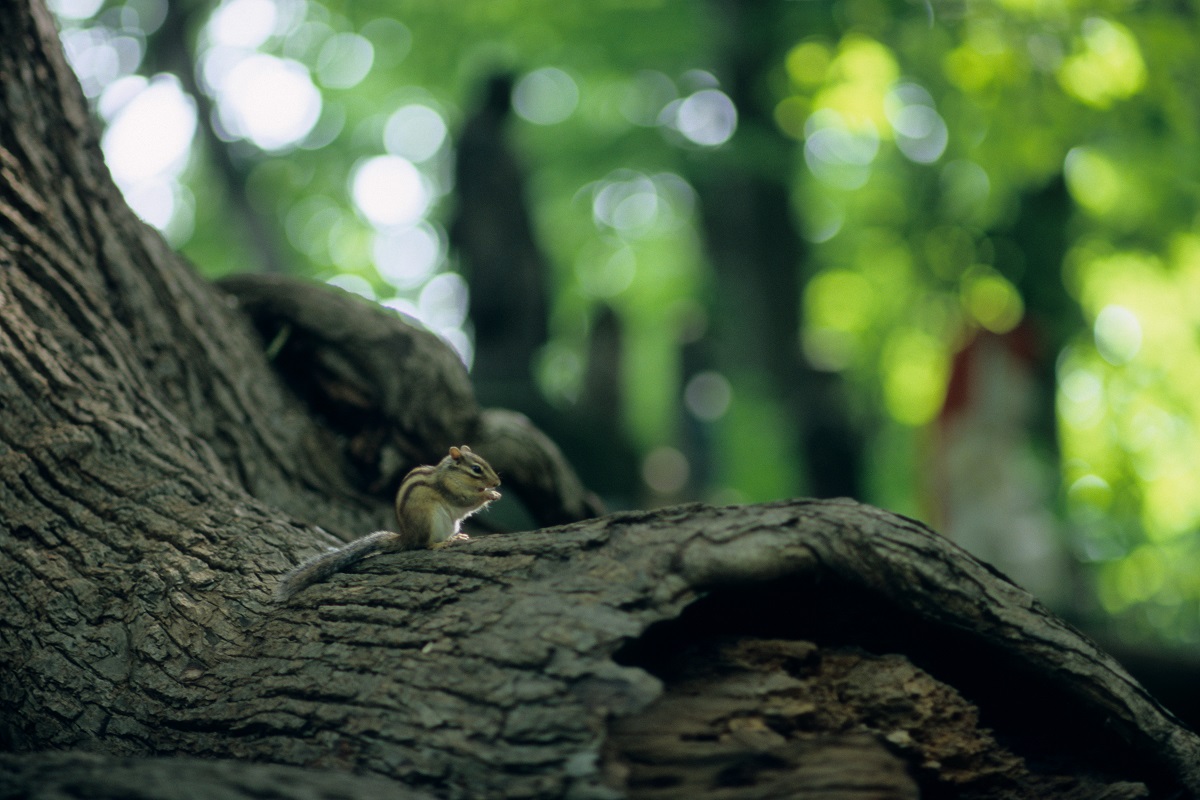 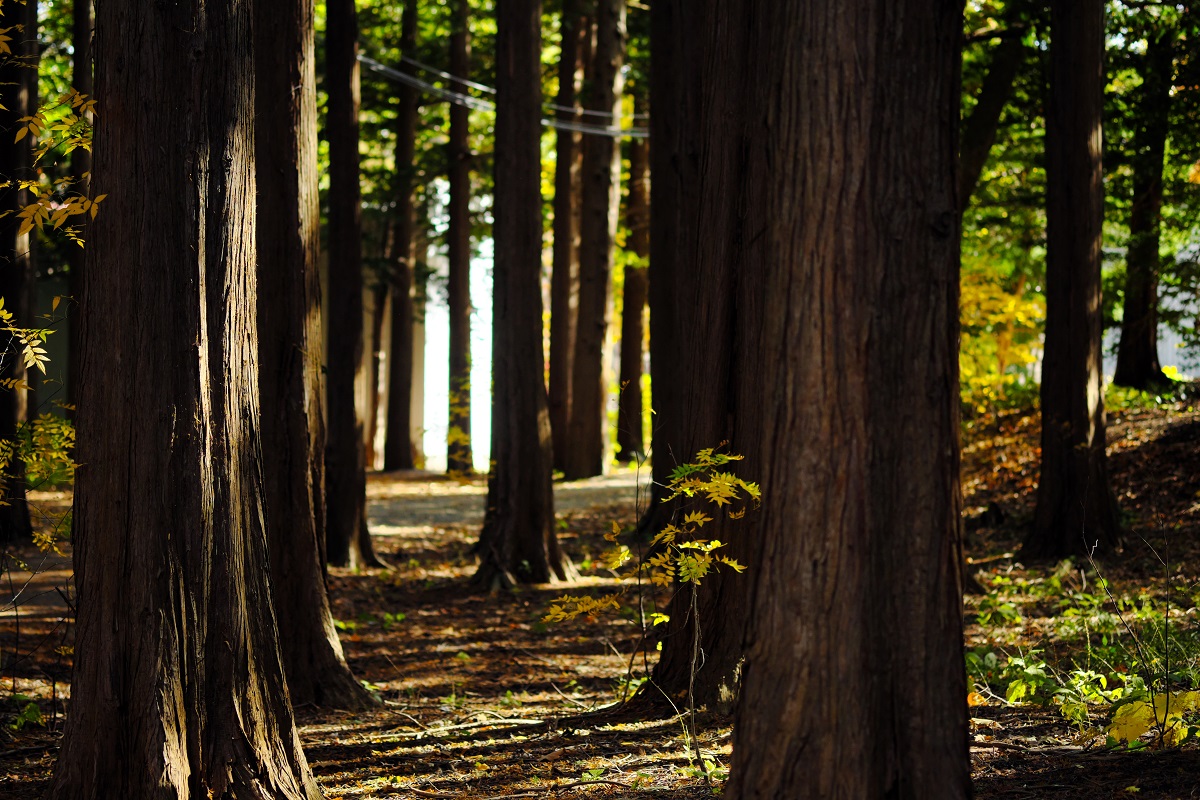 Lush primeval forest at Mount Maruyama (226 m) is an excellent place to get to know the local nature. You can find several Hokkaido tree species such as elms, cherries, cedars, and katsuras, in this forest preserving the natural forest as it was before urban development of Sapporo. Some of the trees in the primeval forest have been standing in their place at least for 120 years. There is a blazed trail leading through the forest to the peak of Mount Maruyama where you can admire a view over Sapporo. It is said that the top of Mount Maruyama is the place where Inspector Yoshitake Shima stood while making the plan of how to develop Sapporo. 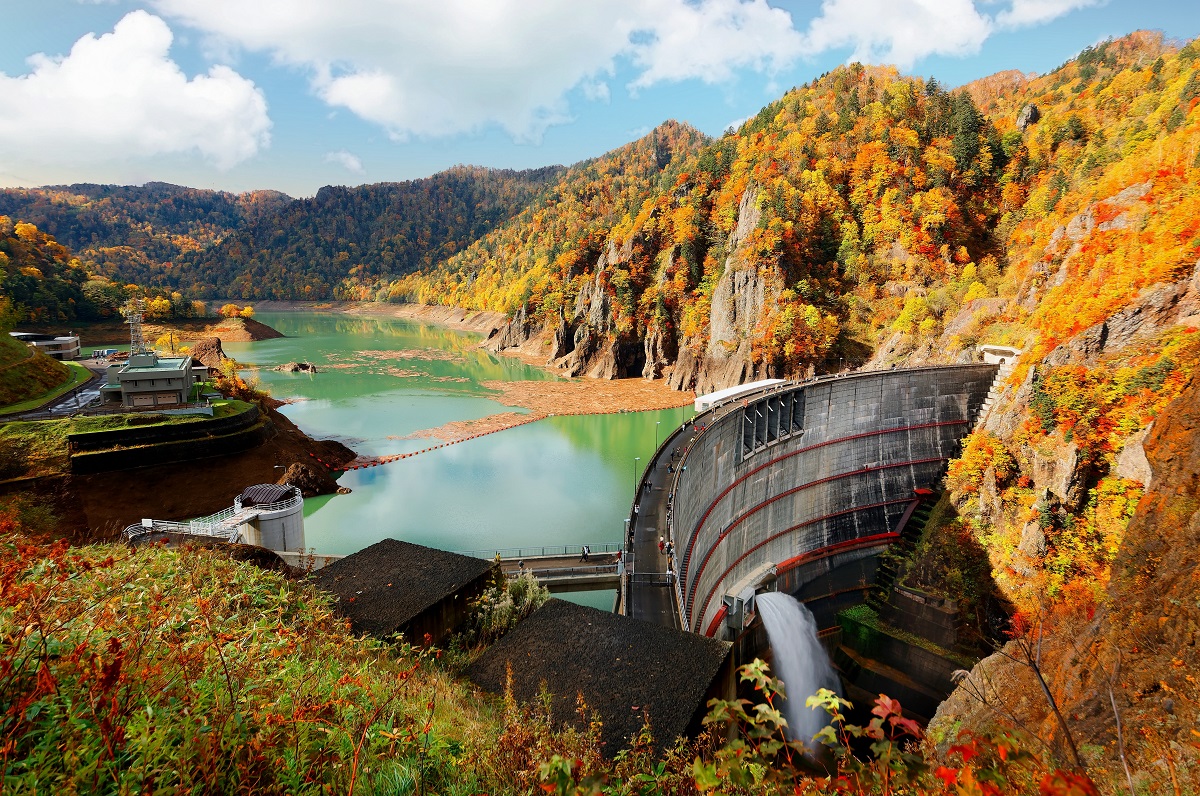 The water provider of Sapporo is the 72.5-kilometer-long Toyohira river flowing through the city.  The river is a tributary to Ishikari River, the longest river in Hokkaido. The source of Toyohira is at Mount Oizari (Oizaridake in Japanese) where it runs to Lake Jozan and through Hoheikyo Dam before entering a gorge and finally reaching the lower lands at Sapporo City. In the fall, Hoheikyo Dam and close by Jozankei onsen resort are very popular places for touring and seeing the breathtakingly beautiful autumn leaves. If your adventures are bringing you to Sapporo in October, be sure to add Houheikyo to your travel plan.

Activities to do in Sapporo

Moerenuma Park is one of the largest parks in Sapporo and what a park it is! The park itself is a work of art with all the different features forming a single landscape sculpture. The park is designed by famous American-Japanese sculptor Isamu Noguchi and had its grand opening in 2005 being under construction for over 20 years. This beautiful park is built on a landfill of a former waste treatment facility and covers an area of 1.89 km2. 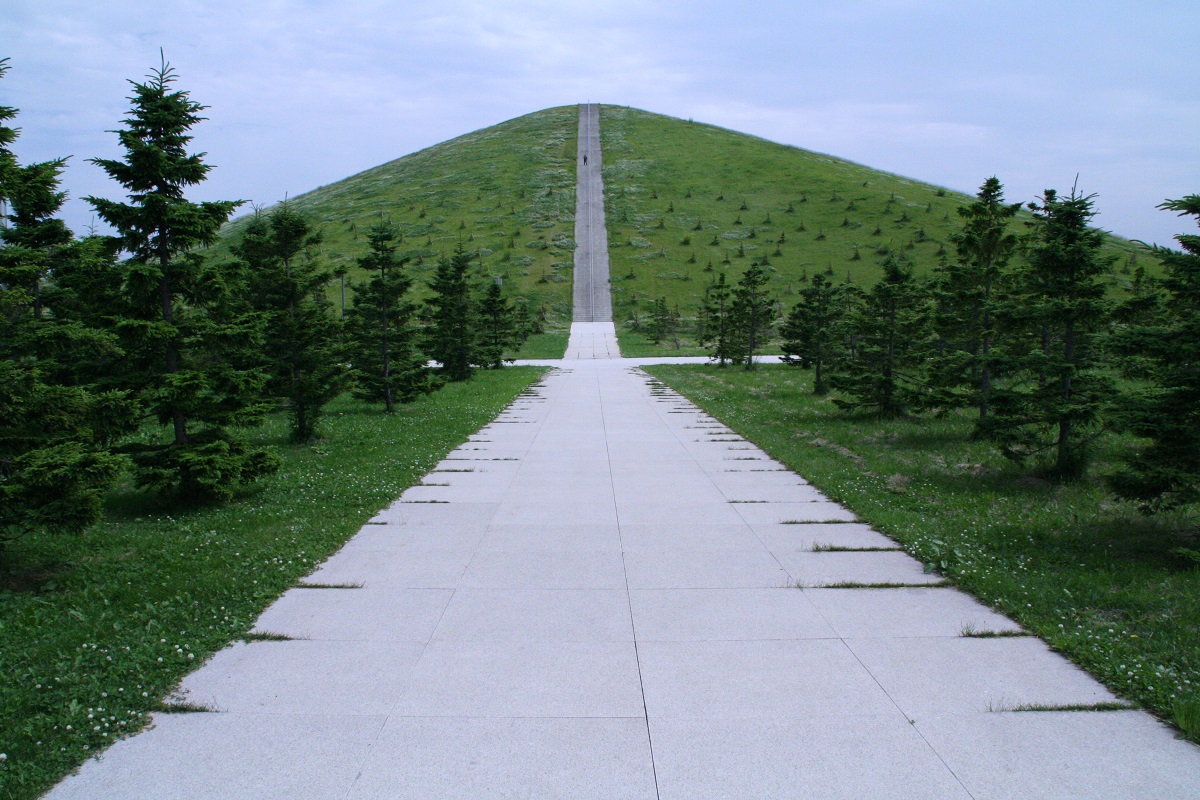 The most iconic building in the park is the Hidamari glass pyramid. The building is close to the main entrance, so it’s easy to spot. The most prominent structure in the park is without a doubt 62 meters high Mount Moere, an artificial mountain made of non-burnable waste covered with soil. Climb on top of the mountain to get a glimpse of a spectacular view of Sapporo. The park covers a large area, so you might want to rent a bike at the main entrance of the park and explore it by bike. Moerenuma park is located about 12 kilometers outside the Sapporo city center, and while it is reachable with public transportation, we recommend taking a private car instead for your convenience. Just let us know when you would like to go and we will make the arrangements for you. 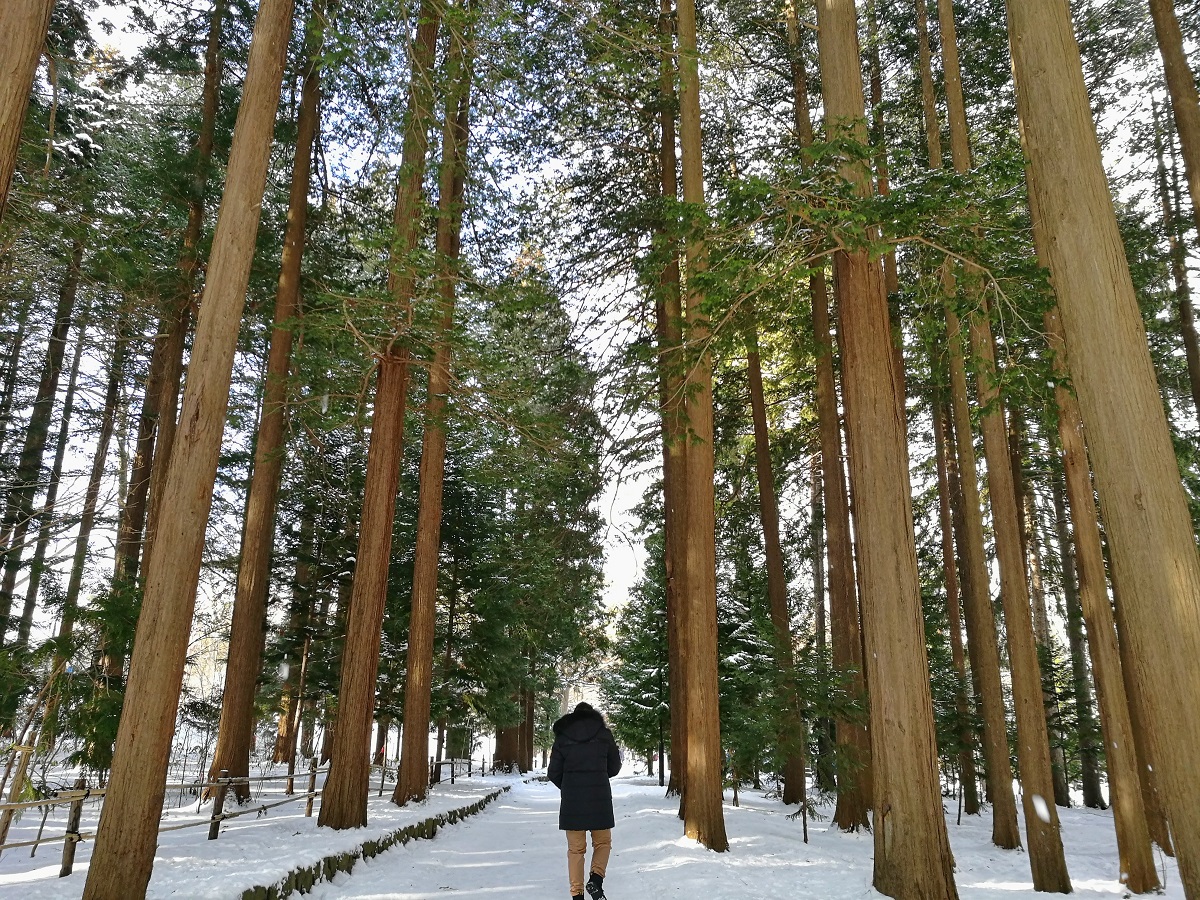 take a stroll at Mount Maruyama? The mountain and the surrounding primeval forest offer an amazing opportunity to enjoy the charm of the Hokkaido nature. One of the routes to the top of the mountain is a gentle climb, so this activity is suitable also for children. At the top of Mount Maruyama you can admire a breathtaking view over Sapporo. As always, just contact us to make arrangements for your Mount Maruyama strolling tour.

Not just feeling the beat of the metropolis but also indulging yourself in nature, Sapporo has a lot to offer. If you feel that Sapporo and its nature destinations deserve to be your next dream travel destination, let us know through the inquiry form!

Contact us for a custom-made Hokkaido itinerary or find more travel inspiration on our blog columns or  Hokkaido sample itineraries!