Kitami: The city at the crossroads of cultures

Kitami city is located in Okhotsk Subprefecture in the northwestern Hokkaido, the northernmost island of Japan. While Kitami is the largest city in terms of population and land area in Okhotsk, it is not the capital of the subprefecture. City of Abashiri by the coast of the Sea of Okhotsk serves that role instead. However, Kitami is actually the center of commerce and industries of the region.

The city of Kitami is known as the cradle of the winter sport called curling in Japan and numerous Japan’s Olympic curling athletes hail from the city. What comes to the famous products of the city, Kitami is especially famous for its mint, yakiniku (grilled meat) and onions that are an essential ingredient in the local dipping sauce for yakiniku.

In this blog column, we will introduce the history and culture of Kitami city.

If you want to know more about travel in other cities and towns in Okhotsk region, you might want to take a look at our earlier blog column Okhotsk: The land of flowers in the East.

Kitami City is located in eastern Hokkaido stretching over a 110 kilometer-long span (68 miles) from the Sekihoku pass in Daisetsuzan National Park in the middle of Hokkaido up to the shores of the Sea of Okhotsk. It is the largest city in the Okhotsk Subprefecture and its area of 1427 square kilometers (551 square miles equals 65% of the total area of Tokyo) makes it the fourth largest city in Japan. The large size gives Kitami city a variety of nature and geographical features from the drifting ice at the shores of the Sea of Okhotsk to lowland farms around the cities and towns in the central parts of the city as well as mountains covered with lush forests. As of September 2021, there are about 114,600 people living in Kitami. 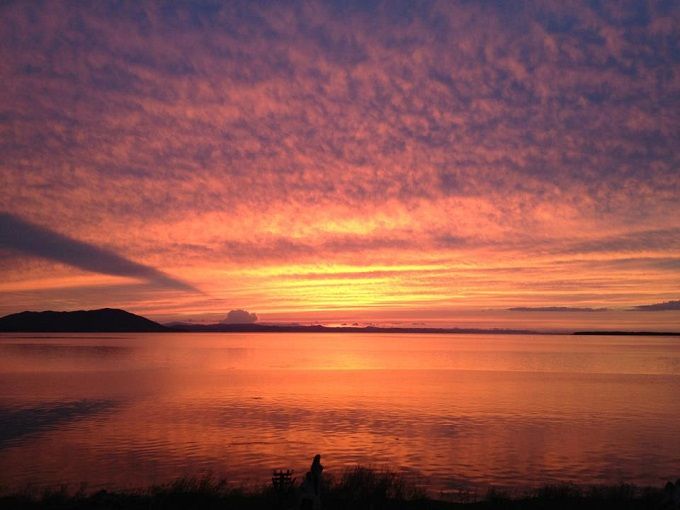 Kitami was originally the name of the region which comprised several villages and towns. The first Japanese settlers—fishermen—moved into the area as early as 1808. The town, where the central Kitami stands today, was called earlier Notsukeushi and there have been several splits and mergers of towns and villages that have shaped the city. The current Kitami city was formed in 2006, when four neighboring cities and towns—Kitami city, Tanno town, Tokoro town, and Rubeshibe town—were merged while preserving some of their independence by giving them the rights of autonomous regions.

Laying in the northwest of Kitami city center, Tanno is known for its beautiful pastoral landscapes and there are indeed many farms in this autonomous region. Rubeshibe is located west of Kitami city center. The autonomous region has many tourist attractions such as Yama no Aquarium displaying freshwater fish, Onneyu hot spring spa area with its enormous cuckoo clock—one of the largest in the world—and Kitakitsune farm or Hokkaido Fox Village, where the visitors can observe freely roaming Sakhalin foxes (Ezo red fox) in their natural habitat. The autonomous region of Tokoro lays by the shore of the Sea of Okhotsk and Lake Saroma. It is famous for being the origin of the winter sport curling in Japan and many of Olympic athletes in Japan’s curling team are from Kitami. 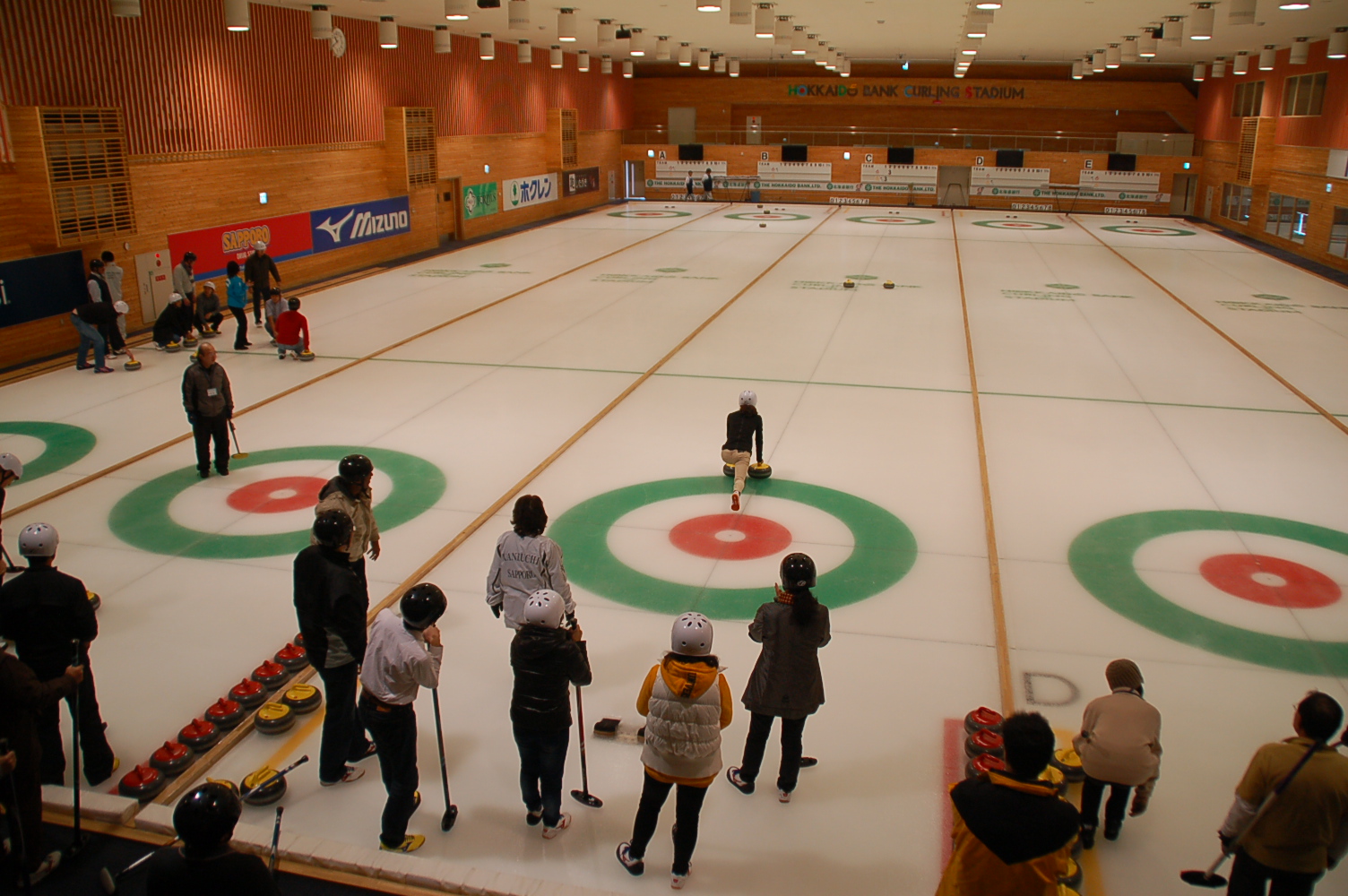 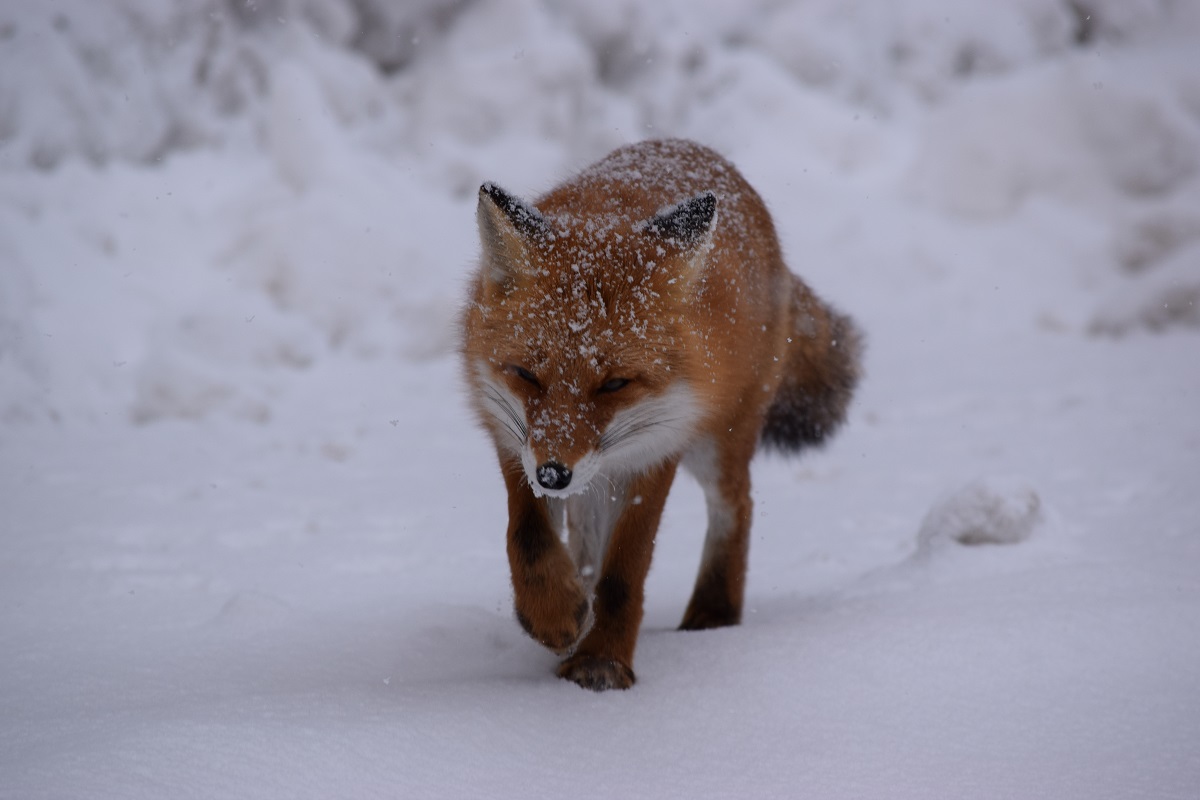 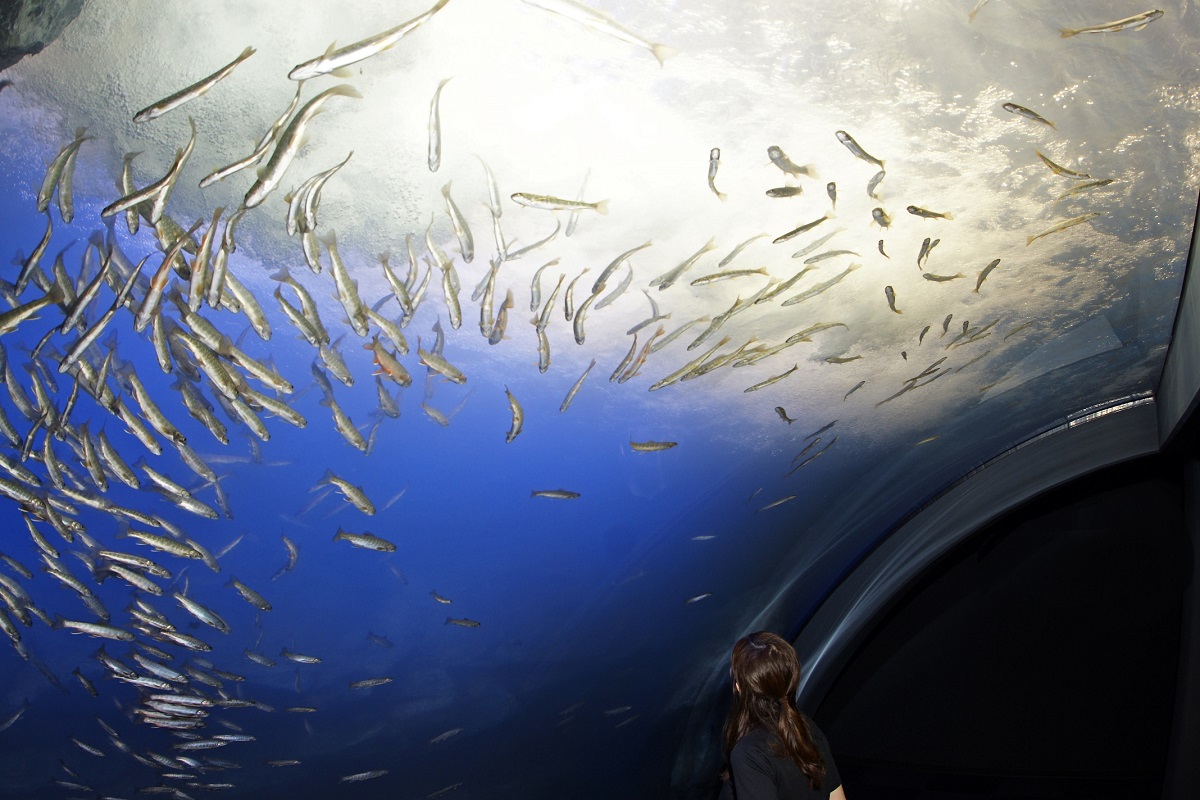 The local specialty products of Kitami are Japanese mint and mint products, onions, and yakiniku grilled meat. Before World War II, the city produced 70% of the mint in the whole world. Now the volumes have gone down but the mint cultivation tradition is still strong. Onions (an outbound link) are another staple of the city and Kitami produces 20% of the onions grown in Japan. Onions are used in several Japanese dishes such as nikujaga (meat and potato stew) and Japanese curry but they are also an essential ingredient in the sauce used for yakiniku grilled meat, which is another specialty of Kitami. Yakiniku is so popular in the city that there is the largest number of yakiniku restaurants per capita in Japan. Also scallops, white runner beans, and lumber are produced in the area.

At the crossroads of cultures

At Kitami, the culture of southern Hokkaido, influenced by the culture of mainland Japan, and the culture of Sakhalin and the Kuril Islands, which are connected to the Eurasian continent, intersected to form a unique culture. In the pre-modern times during the Okhotsk period (6th to 9th centuries CE), the coastal areas of the Sea of Okhotsk were populated by the Okhotsk people, who are sometimes also referred to as proto-Ainu in Japan. Ainu are the indigenous people of Japan and Russia and have inherited their culture from various sources, such as the cultures of the Okhotsk people and the Satsumon people who lived further down in the south in Hokkaido.

The history of the ancient people who lived in the area can be seen in Tokoro Forest Park of Archaeological Sites (an outbound link), which was opened to the public in 1994 and covers 12 hectares with archaeological village sites of Jomon period (about 15000 BCE to 500 BCE), Epi-Jomon period (400 BCE to 700 CE) and Satsumon period (from 7th century to 13th century CE). The people of those times lived in pit-dwellings and at Tokoro Forest Park, there are several pit-dwelling ruins that have been preserved until today. The ruins can be found along the shores of the Sea of Okhotsk and the whole area was designated as a Hokkaido Heritage site in 2011.

Another wave of new culture arrived in Kitami when the settlers from the Japanese mainland started to move into the area in the 19th century. The settlers brought with them their culture, for example the writing system and religion with its Shito shrines and Buddhist temples. It was not just the Japanese culture the settlers brought with them but while Japan was fervently modernizing its technology and social systems taking Europe and America as a model, the settlers also introduced to Kitami some Western cultural elements and innovations, such as architecture and railway. Like this, Kitami has been a center for cultural influxes from north and south, east and west for thousands of years.

Want to know more about the Ainu? Go and take a look at an earlier blog column Shiraoi: The town of the Ainu.

The current culture of Kitami

The culture in Kitami today has of course taken influences from various sources. One of the local cultural specialities is yakiniku, that is, grilled meat. Buddhism was for long discouraging meat eating in Japan but even so, meat has been eaten also during the times when the meat eating ban was at its strictest. A popular way to prepare the meat has always been grilling it. Today yakiniku restaurants often let the customers grill the meat themselves on a small portable grill at the table. The variety of the meat goes usually from beef, to pork and chicken but also lamb or mutton is available. A special type of yakiniku is horumonyaki (grilled intestines), and it requires that the meat must be very fresh since intestines get spoiled faster than other cuts of meat.

In Kitami, there used to be a beef cow farm just at the other side of the railway station, and there was of course a lot of fresh meat available. That is why numerous yakiniku restaurants were opened close to the station and many of them specialized on the horumonyaki that needs to be especially fresh. Now there are about 60 yakiniku restaurants in Kitami (an outbound link) which makes the highest ratio of yakiniku restaurants to the number of inhabitants in Hokkaido and earns the city the name ‘Town of the Yakiniku’. In addition to the numerous yakiniku restaurants, there is an outdoor yakiniku festival arranged yearly in February, the coldest month of the year. At the festival, you can join as many as 1,500 other people to sit down by your barbecue set and enjoy delicious local grilled meat.

Another interesting cultural feature of Kitami is not adopted from Japanese culture but from Canada. Kitami, or more precisely Tokoro, is known as the town that has produced a great proportion of the curling athletes in Japan. The most famous curling team is the women’s team LocoSolare that took bronze at the 2018 Winter Olympic Games in Pyeongchang. The curling craze started when the curling team from Tokoro’s sister province Alberta, Canada, visited the town in 1980. When Tokoro was merged with Kitami, the newly created city inherited the title of the ‘Town of Curling’, but the culture lives especially strong in the Tokoro autonomous region. For example, all the schools in Tokoro offer curling classes in their curriculum. Visitors and travelers can also try their curling skills in a curling experience at the local curling hall. 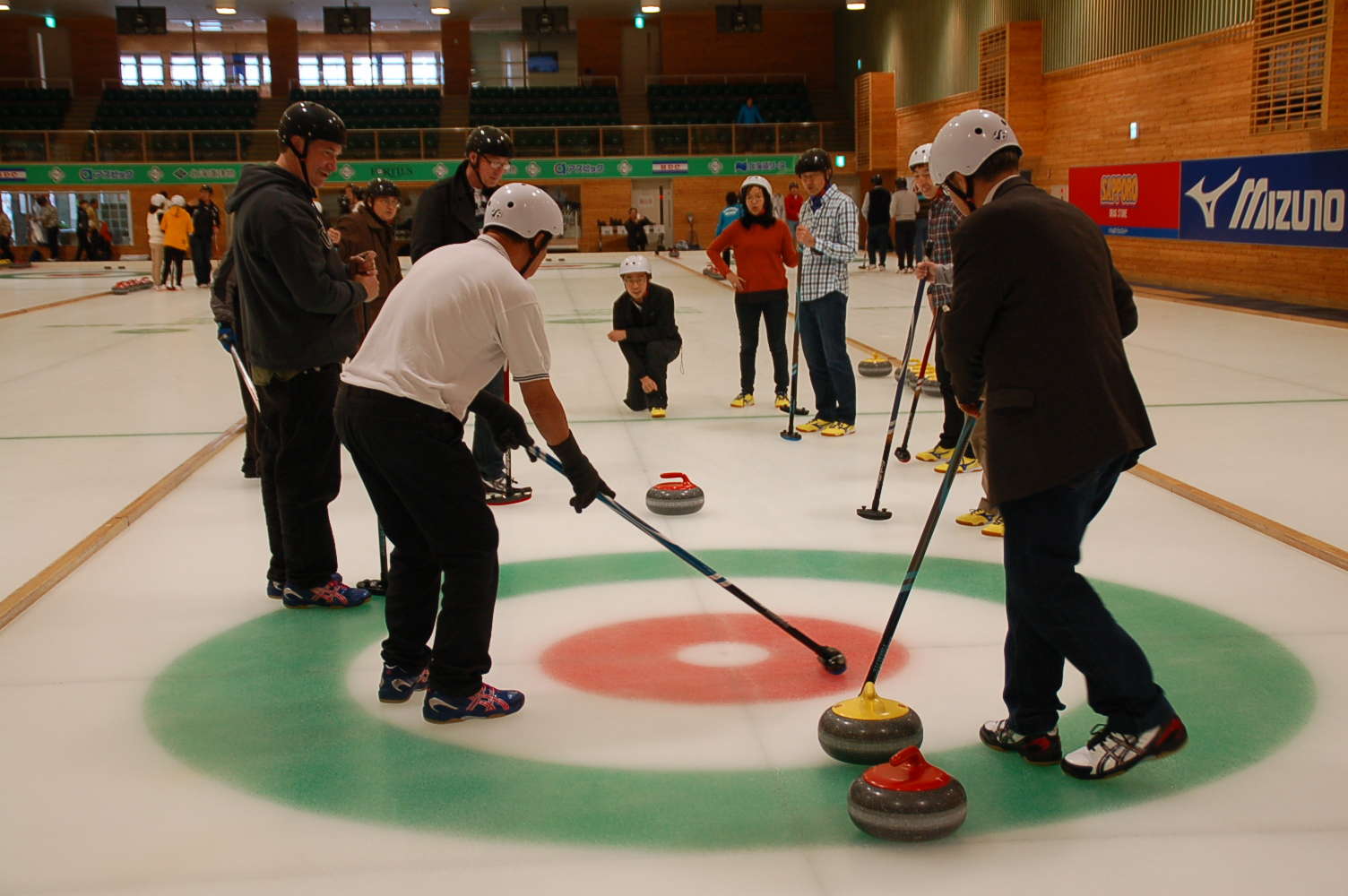