The village of Nishiokoppe can be found in North-East Hokkaido, approximately 15 kilometers inland from the Sea of Okhotsk. This tiny village of a little over 1000 residents is for the most part covered by mountainous forests and it may, at first sight, seem like there would be nothing here.

This could not be further from the truth. Actually, this hidden gem of North Japan is filled with curious adventures and interesting stories. Let us take you to the deer hunter village! 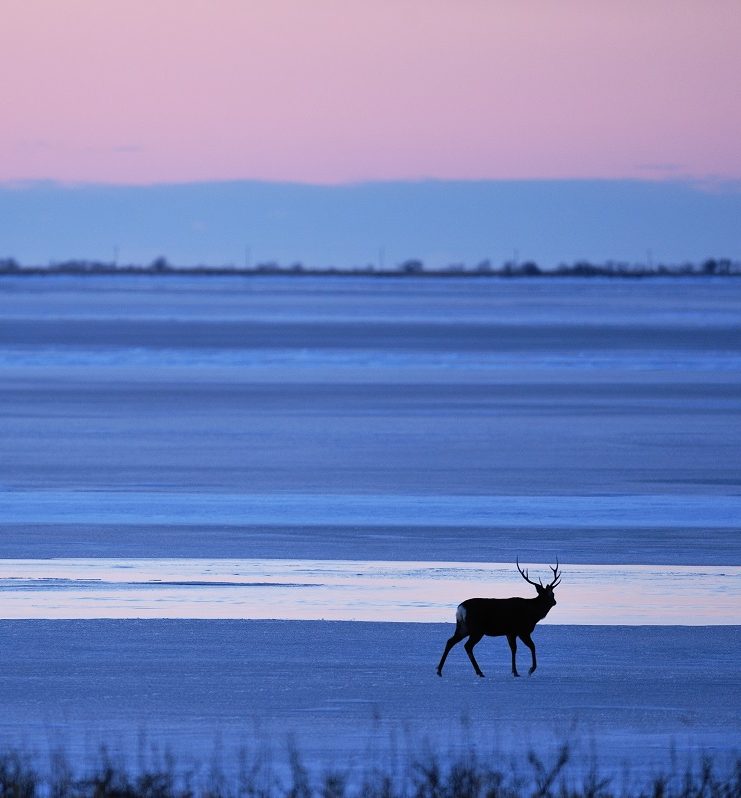 The island of Hokkaido was for a long time both culturally and biogeographically separated from Japan’s main island Honshu. Nowadays Japanese culture has spread to Hokkaido and the culture of Ainu – the indigenous people of North Japan and Russia – has in many ways been lost from the everyday lives of the locals. Still, when it comes to the local flora and fauna, the island is in many ways unique  from other parts of Japan.

Between the island of Hokkaido and Japan’s main island Honshu, there is a biogeographical border named Blakiston’s Line. One of the species that can only be found north from the line is Yezo sika deer – also known as Ezo shika deer or Hokkaido deer. “Ezo land”, literally “the land of barbarians” or “the land of foreigners” was used by Japanese when they referred to the areas north of Japan (present day main island Honshu). After the Meiji Restoration (1868), the island was re-named as “Hokkaido”, but the history is still visible in names of species indigenous to the island. Yezo sika deer is one such example. 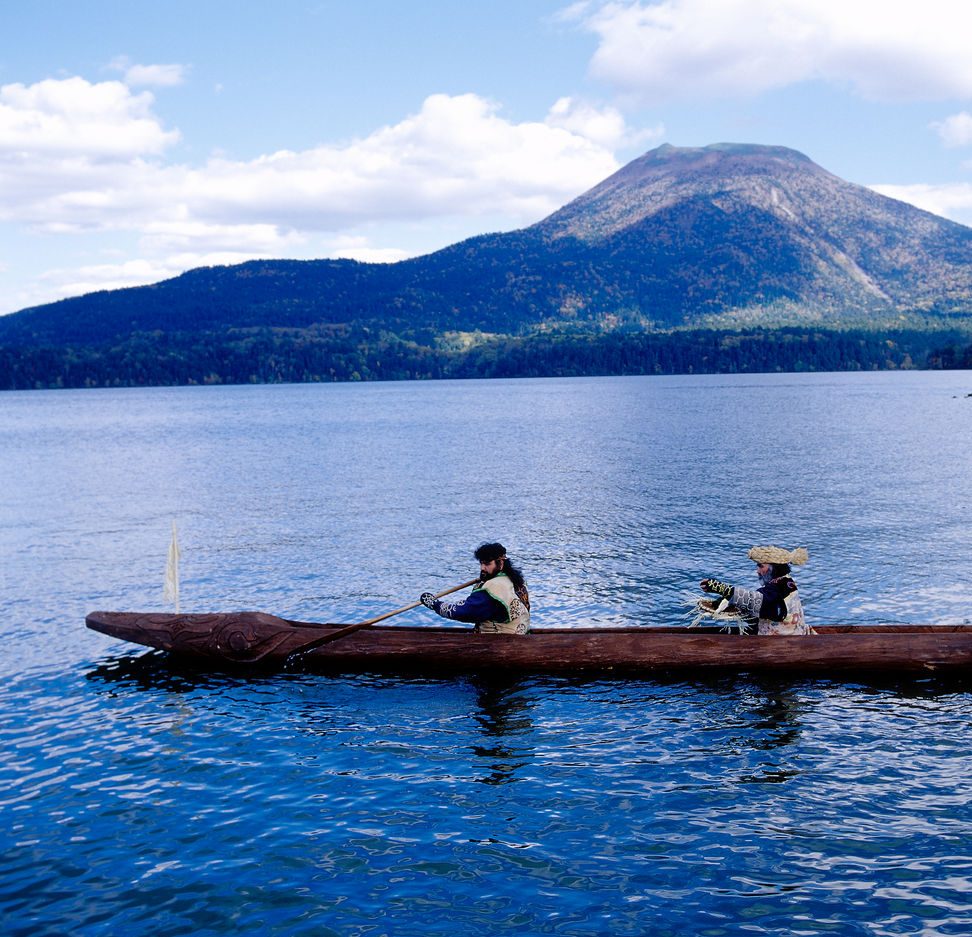 The story of Yezo sika deer and Hokkaido Ainu

Yezo sika deer (“yuk” in the Ainu language) used to be an important source of food for Ainu, the indigenous people of Hokkaido. In Ainu mythology, many animals have a special position as Kamuy (gods). Kamuy are counterparts for Ainu. “Ainu” means humans. In the traditional belief gods are not above humans; Ainu and Kamuy are equal.

The belief goes that Kamuy came to the land of Ainu in the form of animals and looked out for humans. Humans in their part would head out to the forests and mountains to pick the gods up and do appropriate sending-away ceremonies so the Kamuy could return back to the land of gods. Ainu and Kamuy are equal, but there are things such as tobacco and beautiful ornaments that only humans can create, and that Kamuy are also very fond of. When a god was treated well with appropriate ceremonies, the god told good things about the humans it had visited and more gods would then pay a visit to the humans who had been generous towards their guests.

For instance, bears are known as Kimun Kamuy or “Mountain Gods” and there was an important ceremony every time a bear god was to be sent back to the land of gods. Yezo sika deer was however so common, that in many parts of Hokkaido it was not considered a major Kamuy itself. Instead gods spread deer to land for humans to eat, so unlike with some other animals, there was no need for long ceremonies to send the soul of a deer to the land of gods every time you caught one. 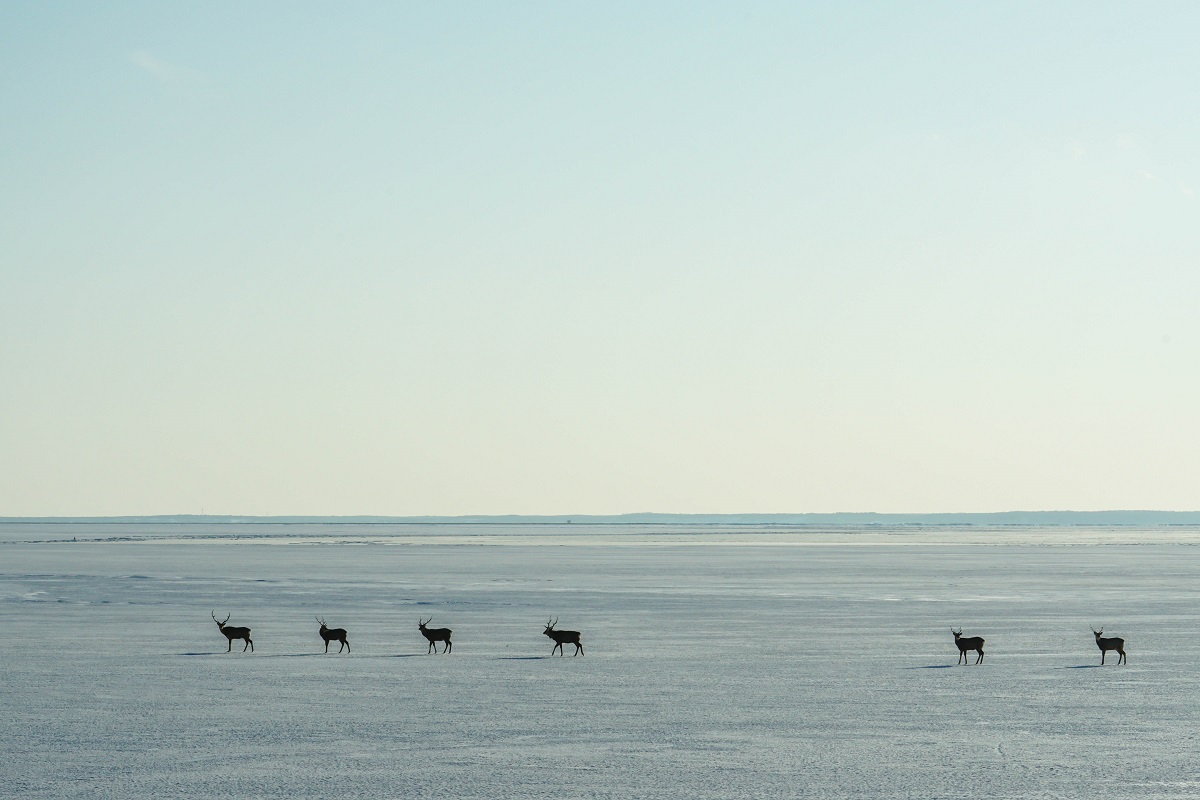 In present day Hokkaido, the deer population has exploded. If you drive a car, especially in the eastern parts of the islands, you are likely to encounter deer crossing over the roads. There used to be wolves living in Hokkaido, keeping the deer population in check. The Hokkaido wolf – or Ezo wolf – was however hunted extinct after Japanese immigrants started a bounty system to hunt them down around the Meiji Restoration. Also, with the hunting traditions of Ainu restricted, there are no longer human deer hunters to the same extent as before. At least in most areas. This is where the village of Nishiokoppe comes into picture.

Nishiokoppe: A day in the life of a Hokkaido deer hunter

The locals of Nishiokoppe have taken their fate in their own hands; they are arranging deer hunting tours that allow visitors to experience the local lifestyle first hand while the villagers also can actively control the local deer population.

The deer hunting tour starts with a lecture, so that you can truly get a hold of the local background and impact of your actions. The locals wish to get to know their guests and educate them about the local culture and their hunting philosophy. 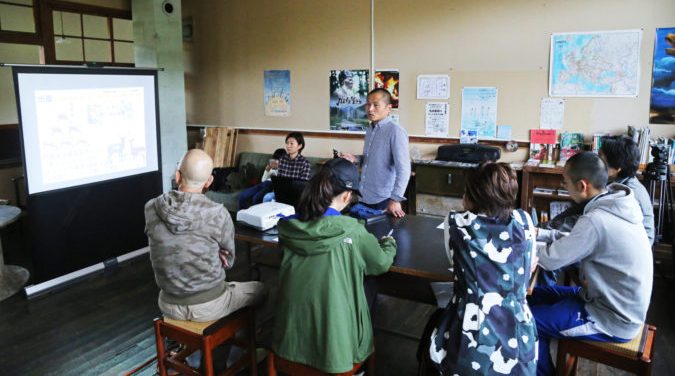 You as a guest are not allowed to use a gun yourself, but you will be right there with the hunters during the whole thrilling experience. You will look for the deer in the dark, hunt it down and you will feel the weight and warmth of the animal that has just been killed while you lift it to the car. This can be quite a stopping experience.

Please note that the tour also includes skinning and butchering the deer you have hunted. The hunter you are traveling with is very skillful at what he does and he finds it important to skin the deer cleanly with a minimum amount of blood being spilled.

It is not just the hunting: here you can take part in cooking and tasting deer meat in different forms. There are also artisans in the village, who take pride in their leather handicrafts and the fact that the deers hunted will be used as a whole from their skin to their antlers.

With methods and motives very different from those of the Ainu, the locals of Nishiokoppe village are in their own ways also showing their appreciation and respect for the animals they hunt. It may well be that after this transforming experience you will also value nature and see the world around you in a little different way than you did before. 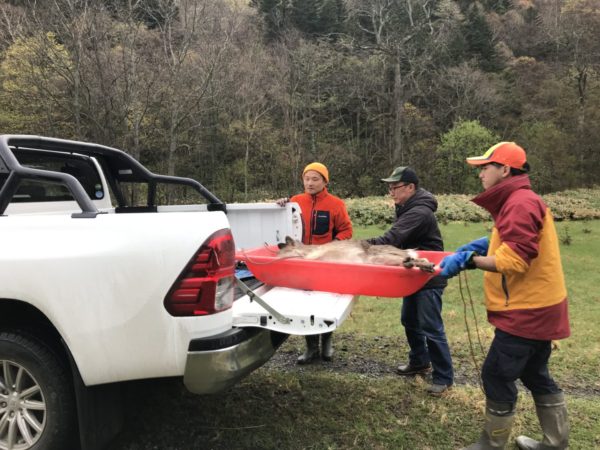 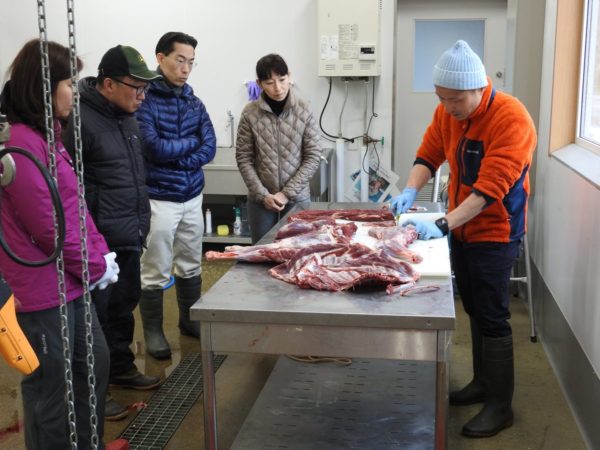 The village of Nishiokoppe has only a bit over 1000 residents. As is the case with many small rural villages, most of the residents are elderly. In fact, the main employers of the village are an old people’s nursing home and interestingly – a guitar making factory.

Alongside with a thought-provoking deer hunting experience, Hokkaido Treasure Island Travel can plan with you a wholesome cultural trip in the village of Nishiokoppe including a visit to the guitar making factory, getting to know the local industry and enjoying local cuisine with the residents.

From Nishiokoppe it is not a long way to the Sea of Okhotsk, or hiking routes of amazing Hokkaido national parks such as Daisetsuzan National Park or Shiretoko National Park. Here is our recommended itinerary full of local adventures: Four National Parks and Wildlife in Late Spring East Hokkaido

If you enjoyed this off-the-beaten path Hokkaido destination, you might also want to check:

Yakumo: The town of samurai and rice

Send us a travel inquiry for custom-made Hokkaido itinerary or find more travel inspiration on our blog columns or  Hokkaido sample itineraries!